My generation loved it. We thought it was deep. Maybe it’s my dotage showing, but lately I’ve come to think it’s not deep at all. It’s just a cranky guy riffing on a word.

Stuff. It’s a great word that covers a multitude of blessings.
Know your stuff
Do a lot of stuff;
Your morals, your values, that type of stuff.
We are such stuff as dreams are made on…

But I want to get back to what Carlin seemed to complain about. It might be just plain stuff, but when it’s our stuff, it’s important stuff.

I’m going to have to move in the next 2 or 3 years, which means I’m going to be packing up my stuff. Take a look at my desk. What’s not important here? 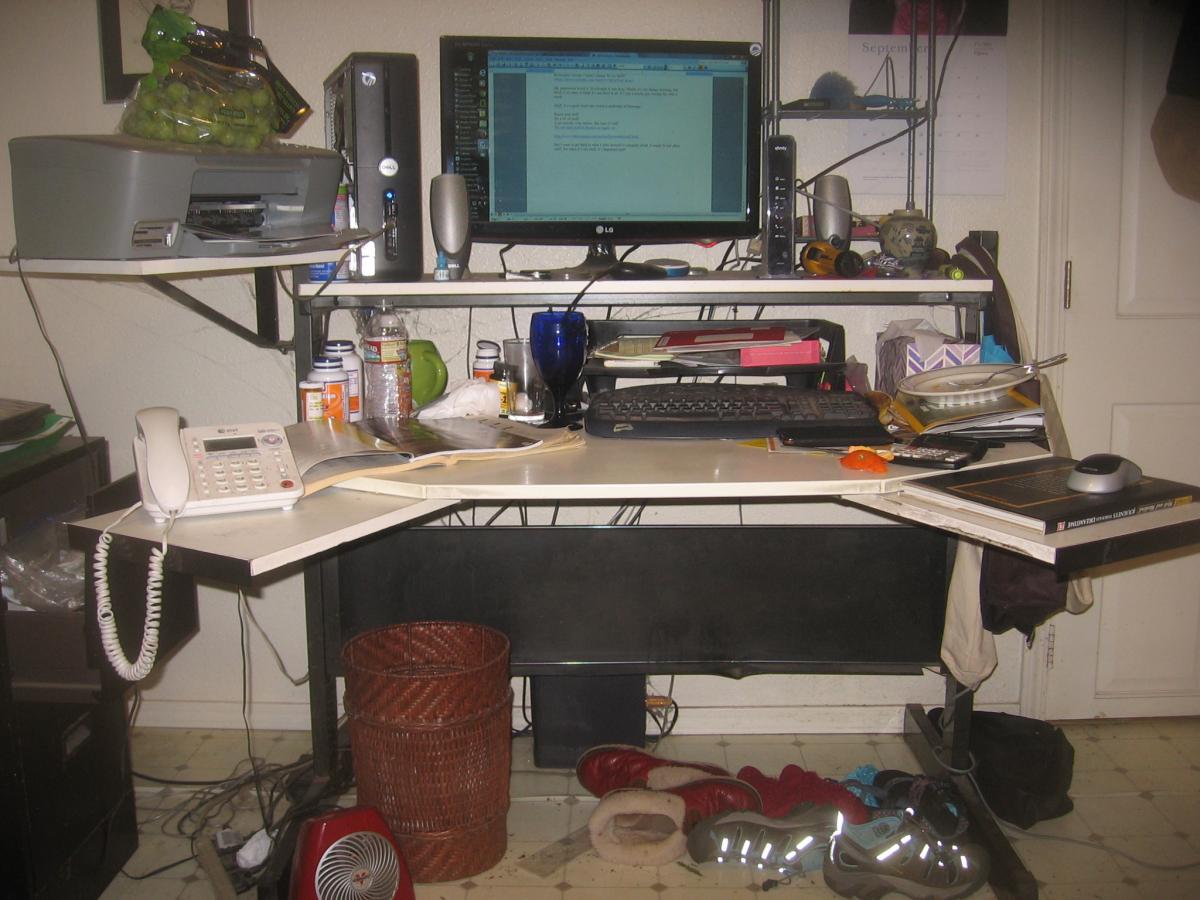 So yeah, George, that’s a lot of stuff. And you should see the rest of the house. NOT. Some of it will move with me. And some of it will simply be replaced with similar stuff. And it’s all stuff I like and use and need and enjoy.

You know all those refugees fleeing the war that has destroyed their homes? All those thousands of people pouring through the borders of the European Union? Those people don’t have much stuff. They had to leave most of their stuff behind. They didn’t want to. They aren’t downsizing for a simpler way of living. They are hoping against hope that they will find new homes. That they will have more stuff. Stuff that they like and use and need and enjoy. All the infinite variety of things that make up the stuff of life.

Three pairs of shoes, clean socks, a banana from the corner market, their medications, a nice cup, something to read before bedtime, tissues to wipe their tears.

So don’t mess with my stuff. Don’t lecture me about it. I just wish I could reach out to someone in that long, tired line and give her this bag of grapes. It’s good stuff.