This flag hangs in the John F. Kennedy Library in Boston. I wondered if the space in which it hangs was supposed to represent the gantry of a spaceport, since it was President Kennedy who set us the task of going to the moon. I was told that it wasn't, but I like to think of this flag as hanging over the launchpad to tomorrow. 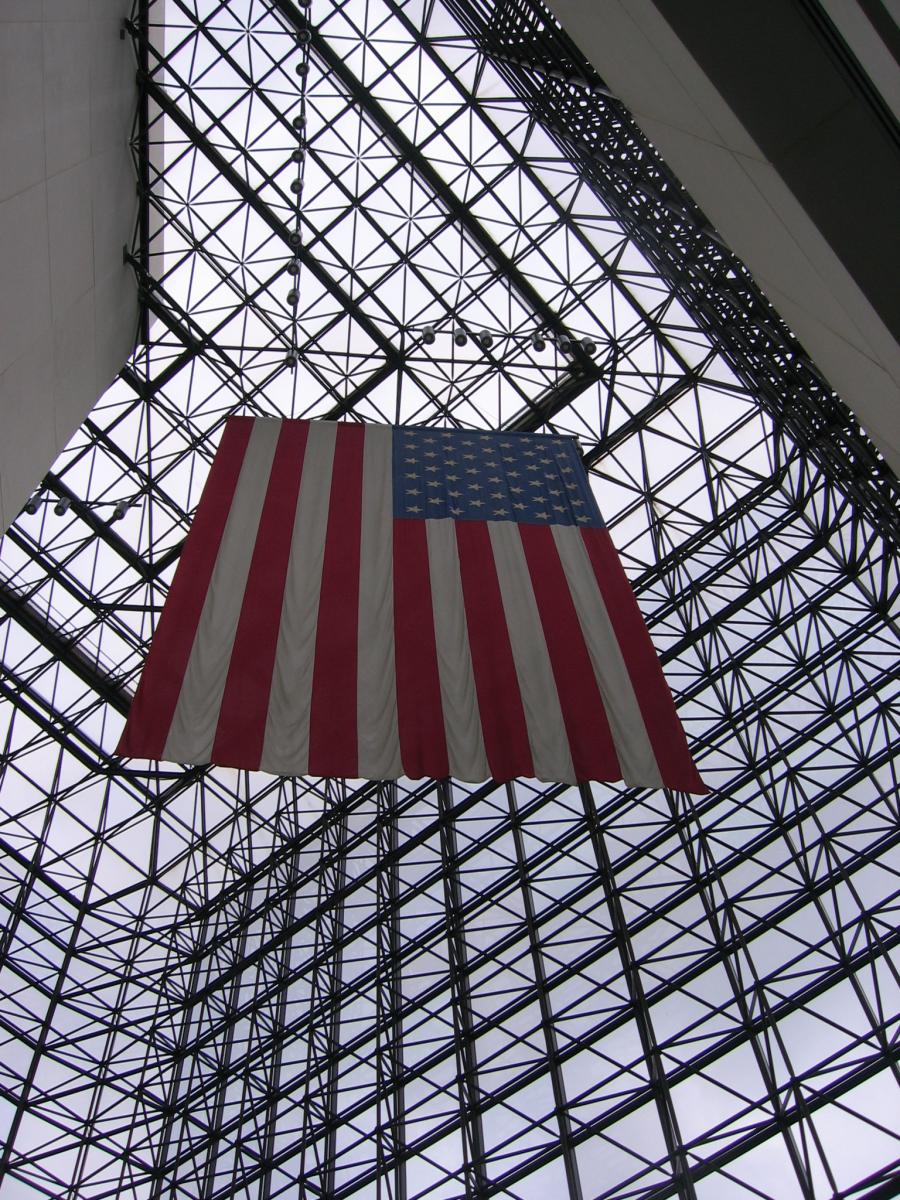