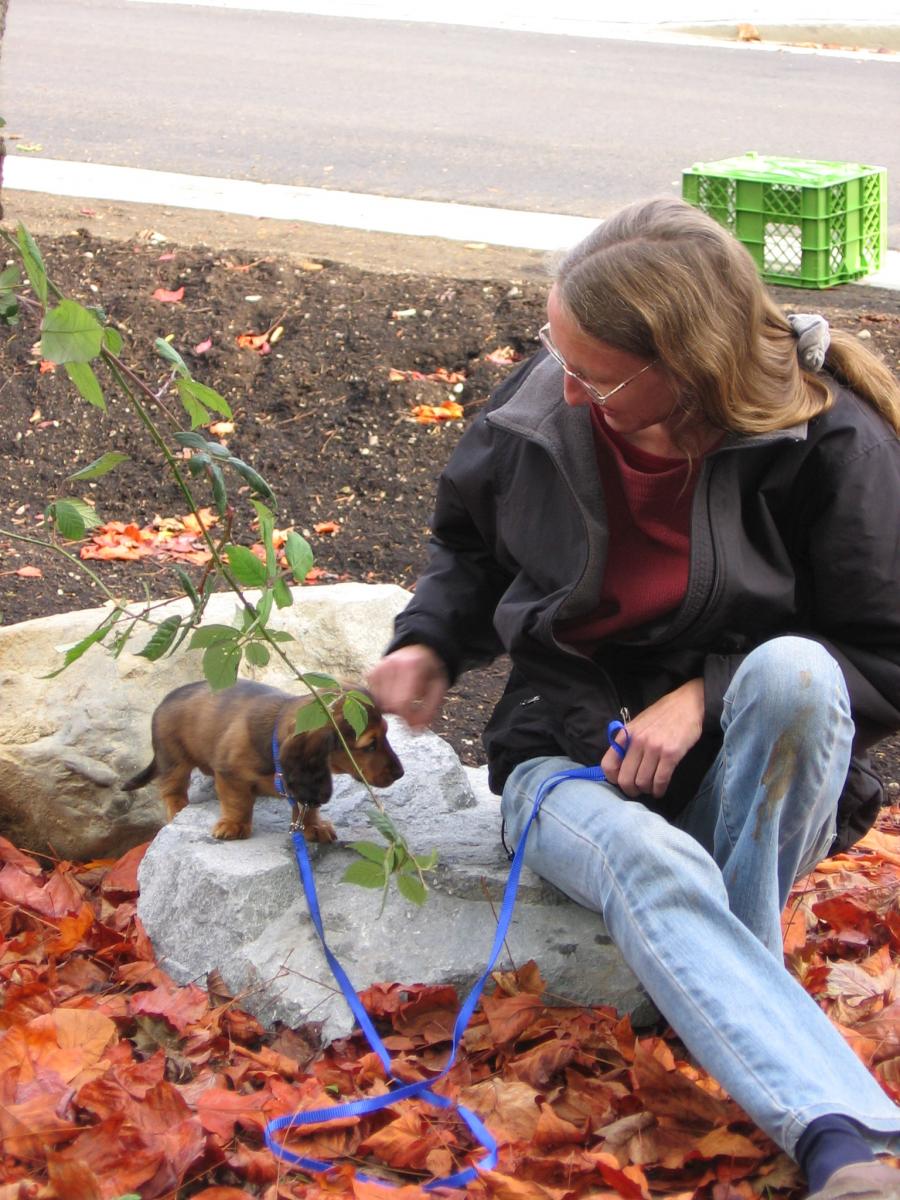 "Caroline Welch was an incredibly smart, witty, funny and strong woman. She was also my best friend. Not a day goes by that I don’t miss her sharp tongue and witty repartee and true friendship. Let me first tell you about her brains….she once told me she was offered a program for a master’s and doctorate in mathematics. But she, instead opted for accounting and the public sector. She lived in the real world. Every Sunday she did the NYtimes crossword in pen. She read more books than can be counted and could engage in dialogue on any author, any time. She knew more baseball stats than anyone I know and could count the 8 ways of getting to first base before the ump called a foul ball.

"We adventured together – skiing trips, travels to England, many times to Hawaii, Grateful Dead concerts, local music of all sorts, and hiking in the Cascades. She was a true adventurer and lived life to the fullest, and in a delightful and wonderful way.

"Her life of activism was also remarkable. During the Bush years she and I worked in Not In Our Name, and her organizational skills were unsurpassed. We worked on many events, most notably one of the largest peace marches seen in the city on Feb 15, 2003. She was an inspiration to all. One of the young activists had this to say in eulegy:

I am looking at a photo I have of Caroline that was taken on February
15th 2003, the day the people of the world did what many believed
impossible, a dream, but what Caroline knew to be not only possible
but necessary. It was bitter cold that day, and we got rained on, and
many of us including Caroline had not been sleeping well for weeks or
months in our preparation for this day and the days that would follow.
In the photo, even the trees are cold- they stand crooked, bowed
against the wind like the protestors gathered in the background. But
Caroline is smiling. Sure, she's got her ski jacket on, and her ears
are covered but her posture is open, relaxed. Her grin is not one of
those made-for-camera grins, but rather, one of someone who has just
been told a sweet secret or teased by a loved one, or surprised by a
child saying something ironic. This smile is real, genuine. Caroline
is happy. All day long she had been jumping up and down like an
excited kid, hugging us all with a warmth that invited anyone in who
wanted to share in the dream, and reminding me as always of Emma
Goldman saying "If I can't dance, then I don't want to join your
revolution." Caroline. She looks so young, so resilient, so damned
feisty. It is how I will remember her always, this ear to ear grin,
the laugh lines, the eyes scrunching in joy. Caroline laughing. What a
sweet memory.

"It has been many years since then. The war started and continues to
this day, and many of us felt defeated. Defeated? Caroline laughed at
our foolishness. You call that defeat? A global wave of peace, a step
in the right direction, a touching of hearts across so many borders.
What a success! We couldn't give up now. Somehow, after all her years
of battling injustice in the trenches Caroline still had an untainted
belief in goodness and the necessity of fighting the good fight, in
defending those who could not, in speaking our minds and daring to
dream and so what if it didn't make any difference right away, and we
got no instant satisfaction? Look at the big picture, the long run,
the future, where we all fit in the complexity of it all. She was
always thinking of the future and our footprint on it. When I went to
Caroline griping of defeat, she reminded me that there is no such
thing as defeat as long as we continue to grow somehow. In the dark
days just before the war broke out Caroline was such a comfort to my
bruised young heart who did not have the years or wisdom to see the
big picture

"Caroline took that same feistiness to her work with Community House, as board president, growing that organization from a day facility to one that provides housing to many who suffer from mental illness. I saw her in a celebration of staff to speak to everyone there, with inspiration and gratitude to all, and then move from table to table honoring and citing the gifts of everyone there. She was remarkable.

"Then she was diagnosed with cancer. Her fight was the most inspirational ever. She had beautiful waist length blond hair. When the chemo treatments started, she cut of off and donated it to charity. She, then, sat with a lint roller going, I kid you not, over her head, laughing and saying her plumbing wouldn't survive unless she did so. In those days, we called her Eowyn, the legendary woman from the Lord of the Rings, who bravely stood over her fallen step father and battled the Lord of the Nazgul, the witch king of Angmar. Her strength and vitality was unmatched. And she became a vocal proponent and fighter for medical marijuana.

"I hope that each and every one of you can take with you, in your heart, some of Caroline’s strength and resolve and courage and love, to carry us through the struggles ahead. Thank you."