We left off last week with me sprawled in the Street of the Satellite Dishes, while my ankle swelled up like a misshapen pear. A couple of guys came running out of a nearby shop hauling a stool, insisting that I haul myself up on it because, as my sister translated, if I kept sitting on the curb, where I had managed to drag myself so far, I would get "sick in my rear."

A couple of days later, my sister had found me a jaunty red cane and I convinced her that the Hagia Sofia, the Great Church of Holy Wisdom, was a must see on my list before we left for the village. 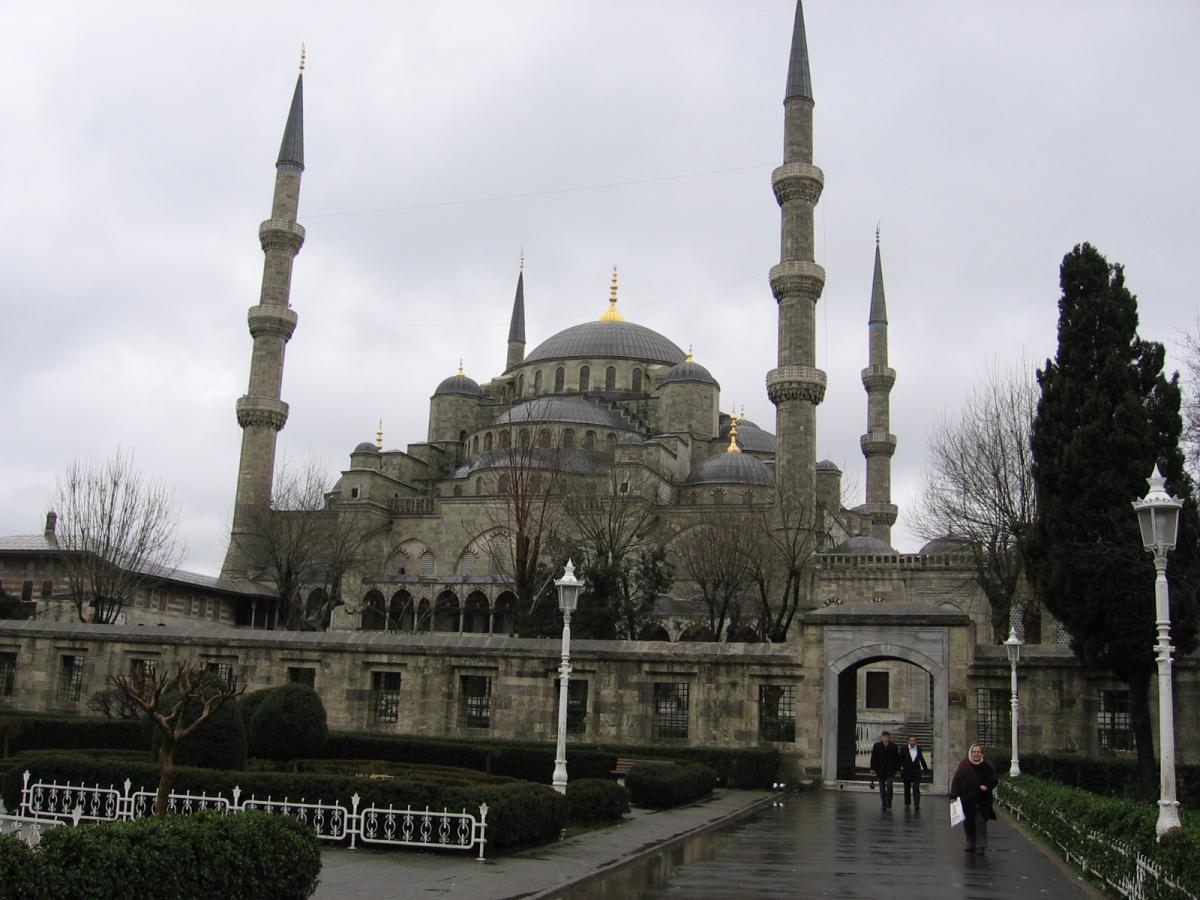 The Sofia was dedicated in 530 A.D. Can you imagine being one of the first, just arrived from the countryside, to walk through its doors? 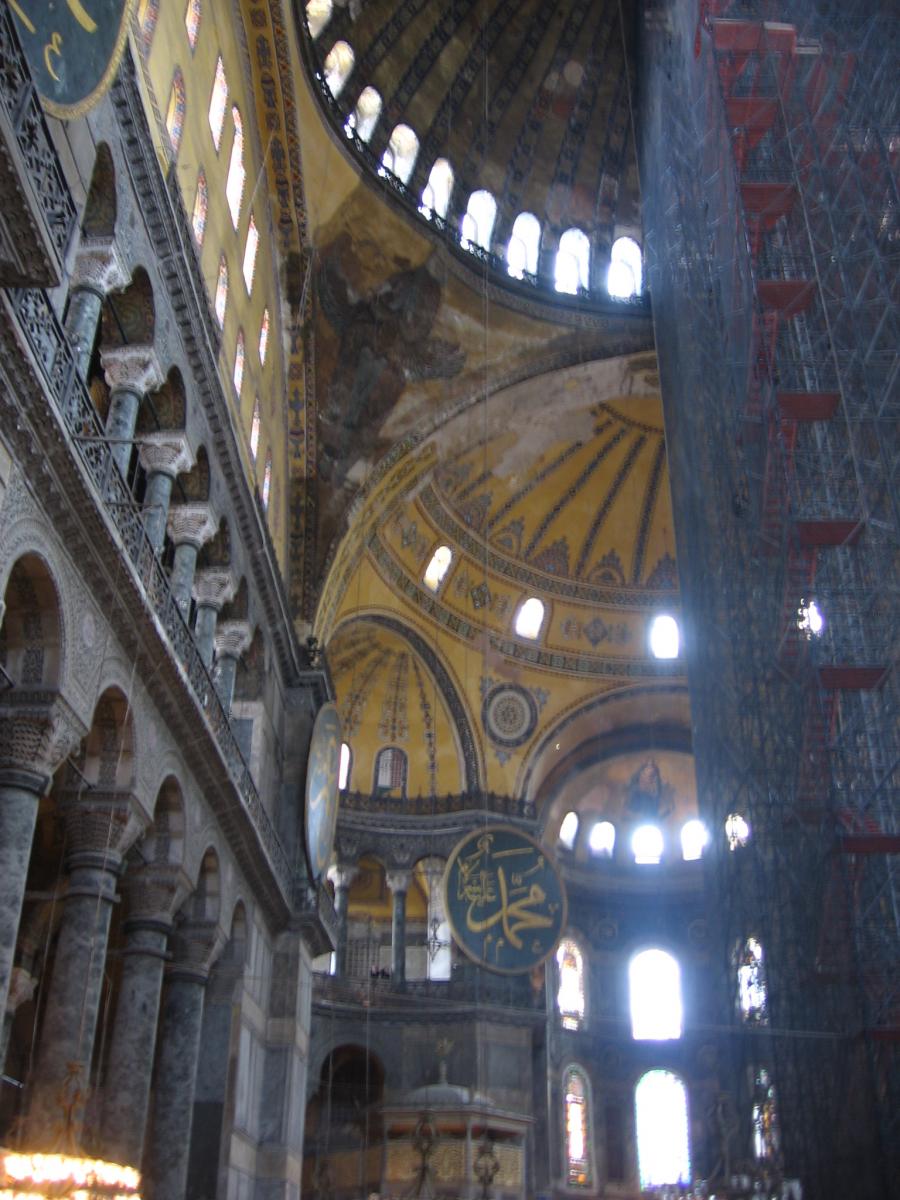 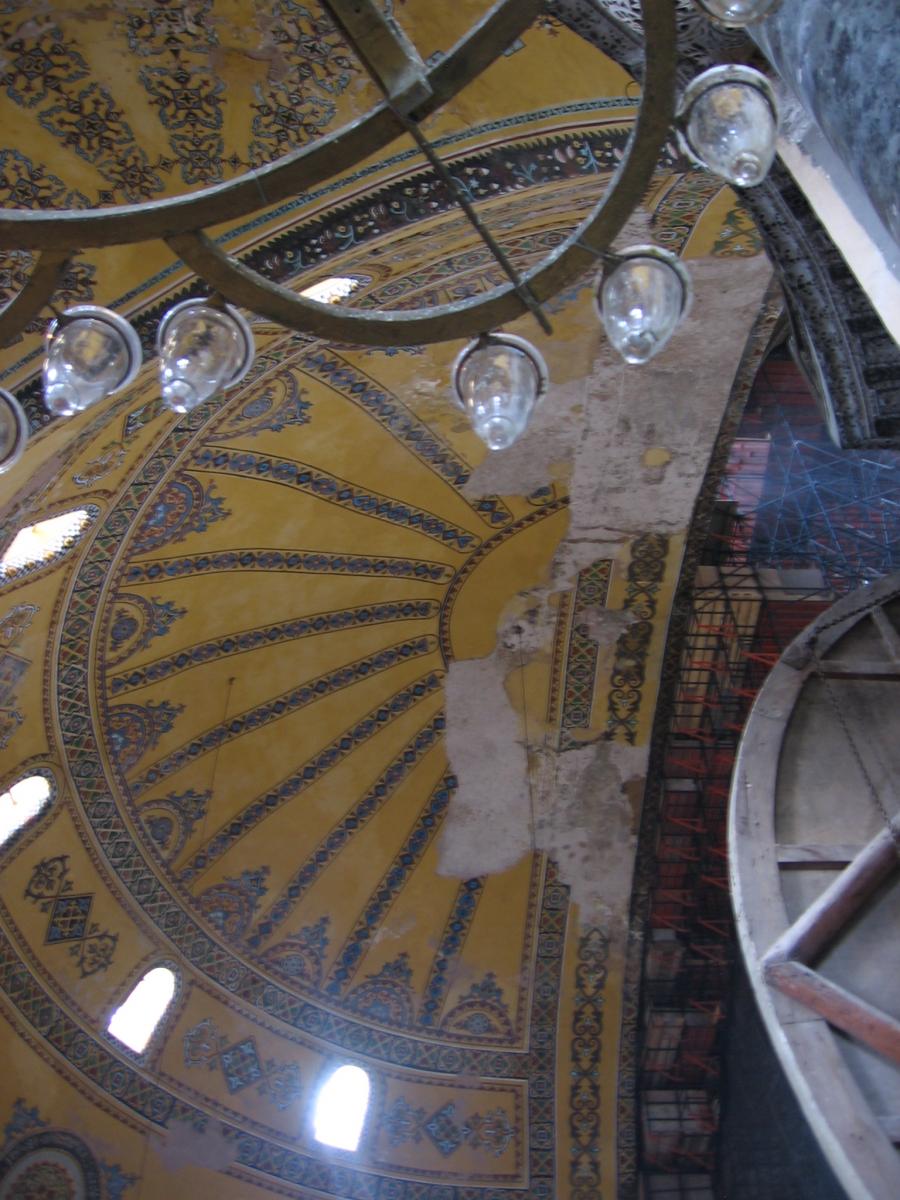 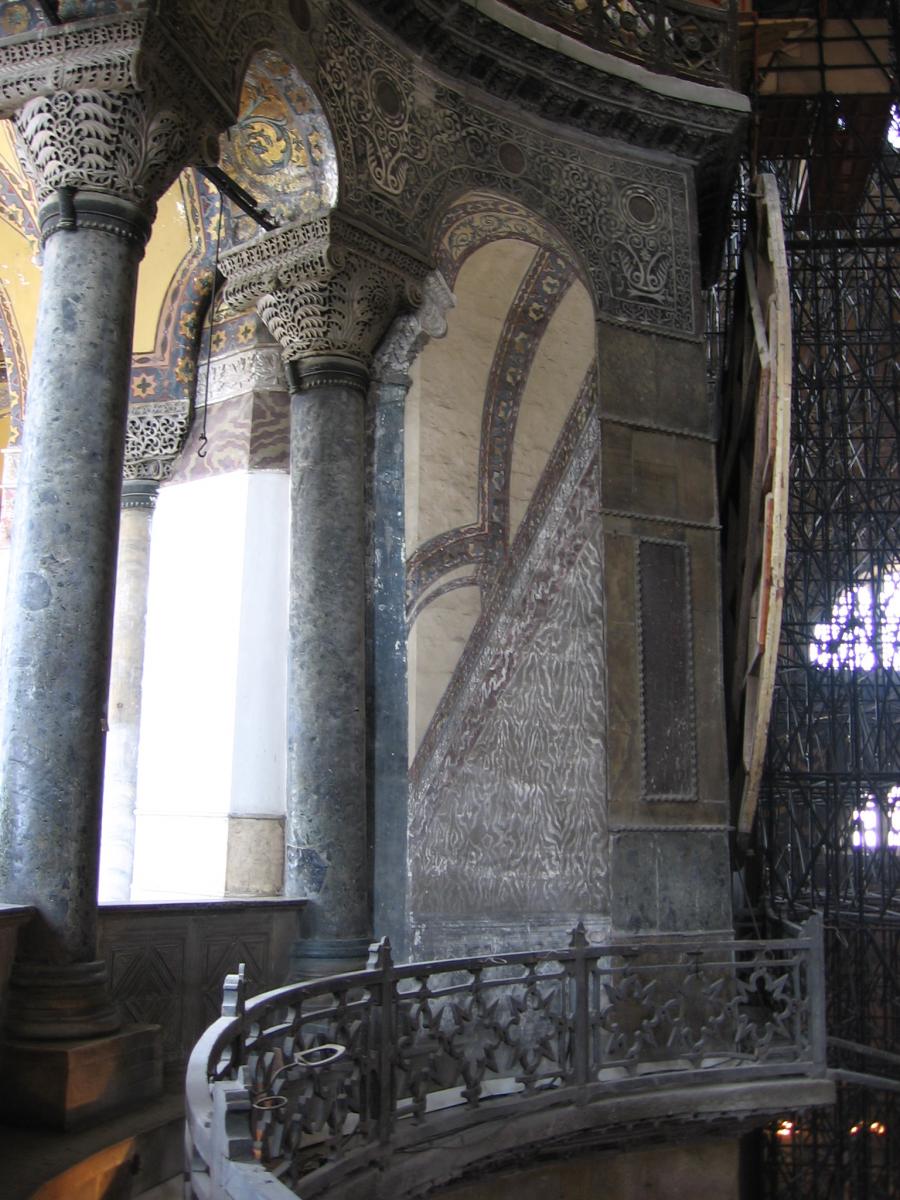 Imagine the brilliance of these mosaics when new: 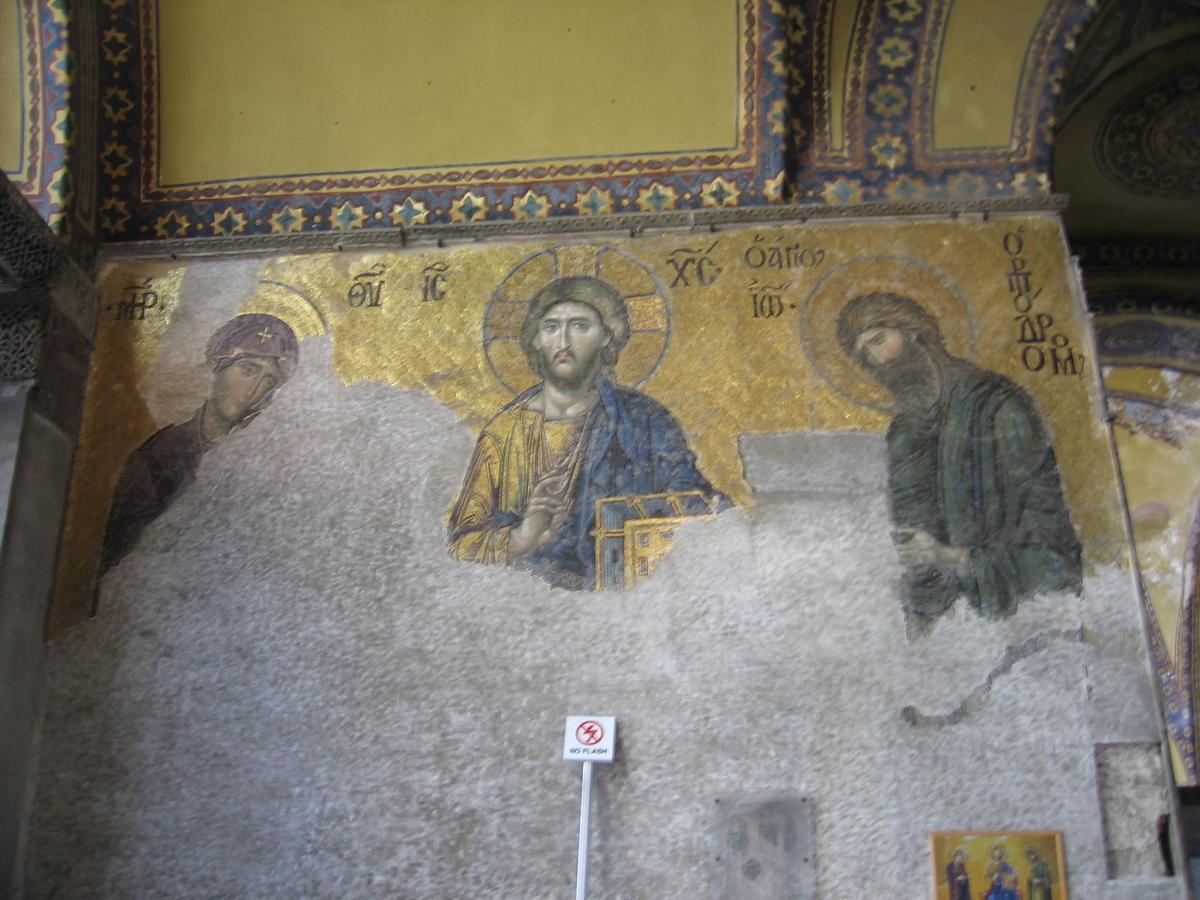 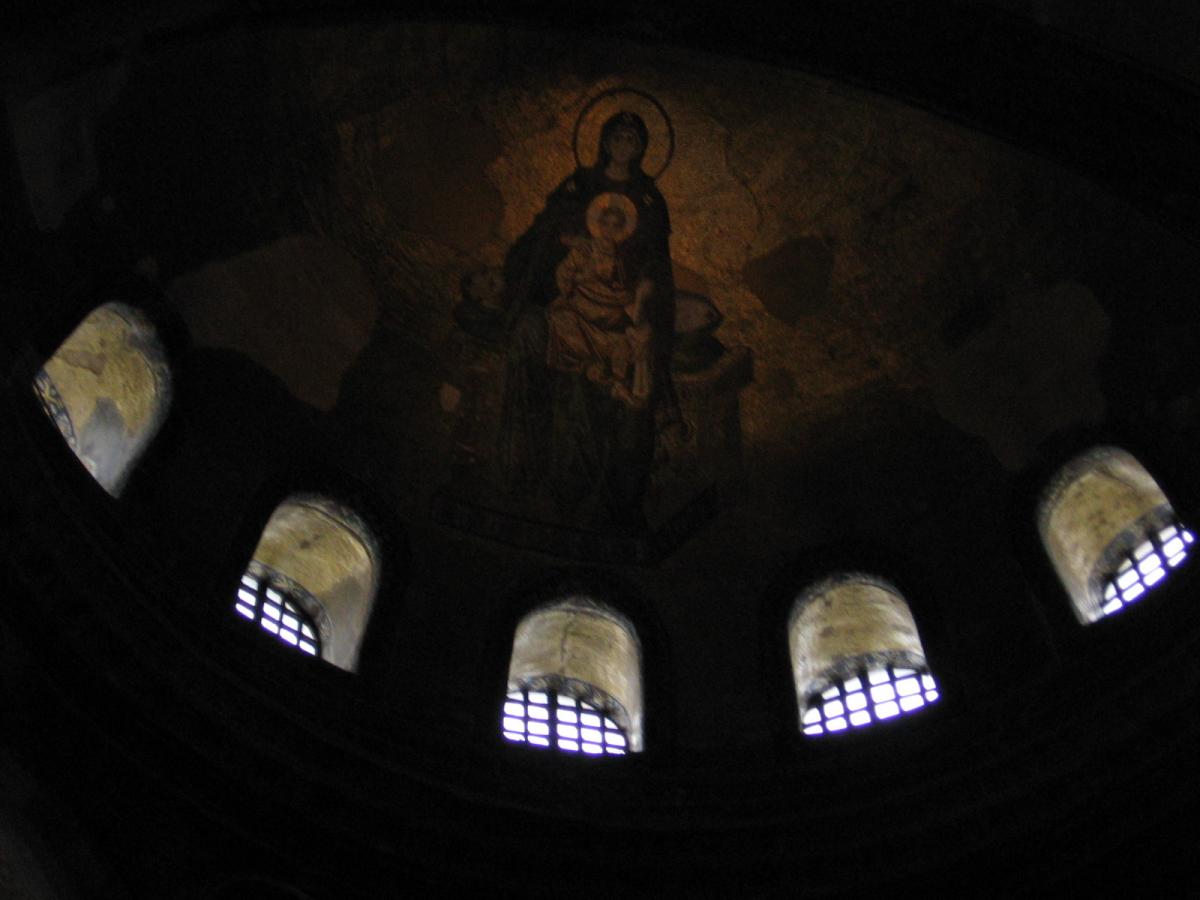 The Hagia Sofia contains within its walls vestiges of human belief from ancient times. There are columns here from the great Temple of Artemis at Ephesus, one of the Seven Wonders of the Ancient World. The angels of Christendom float between the arches. And a golden mihrab points the way to Mecca. 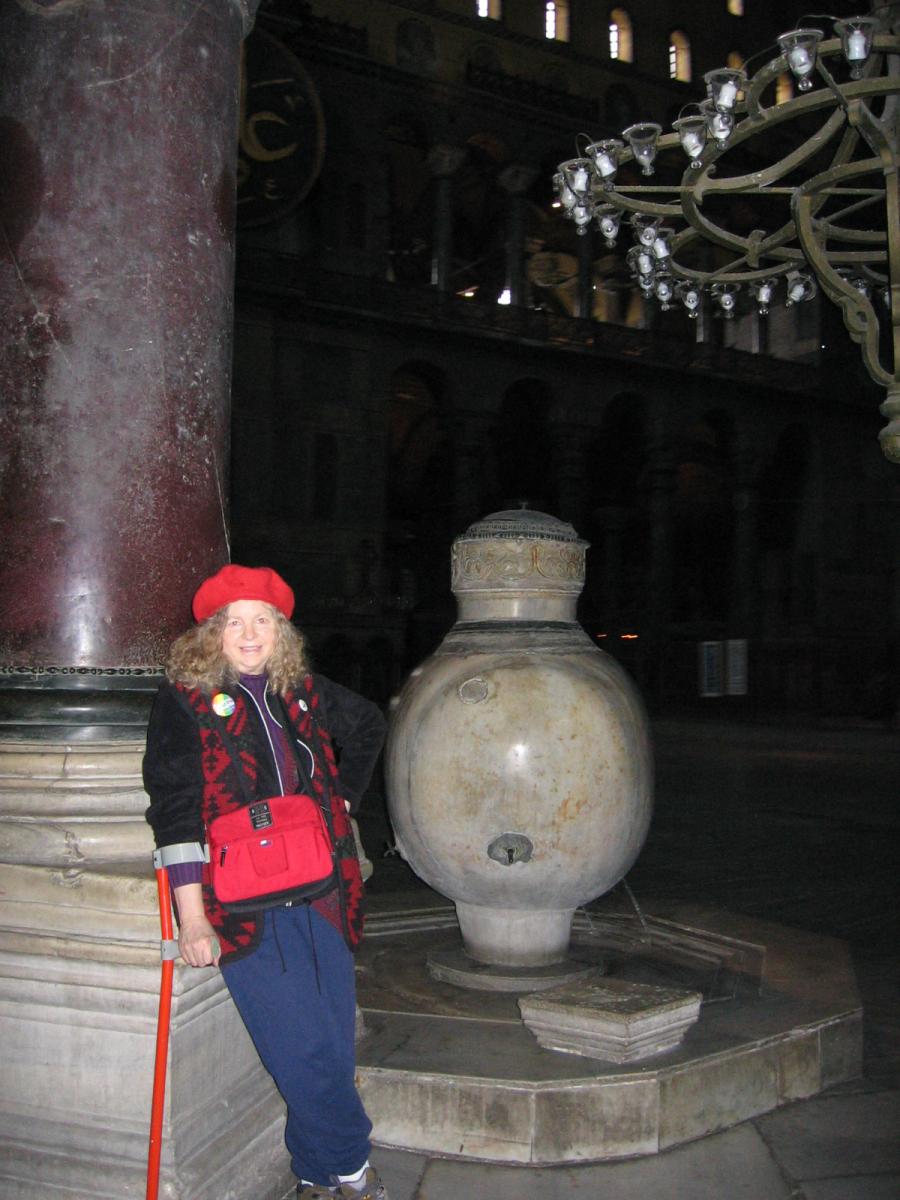 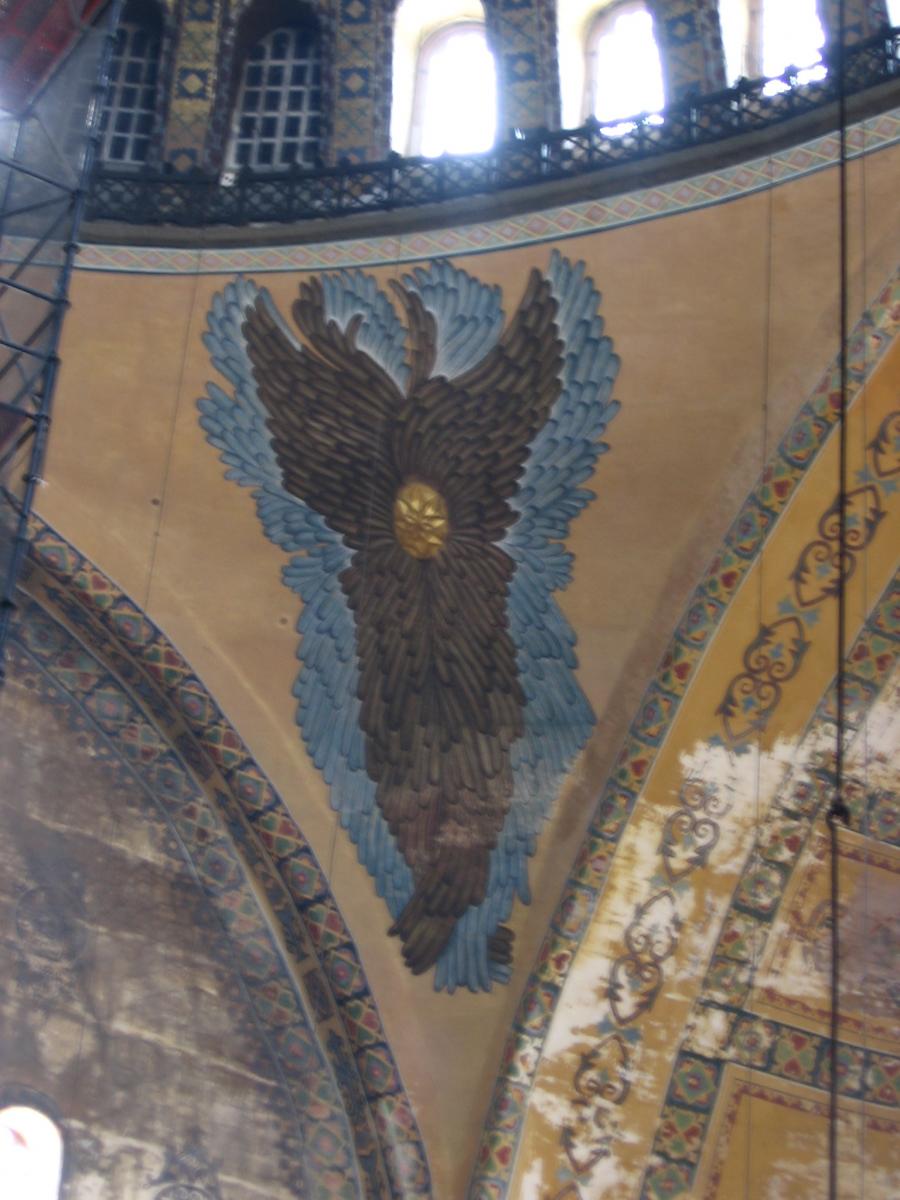 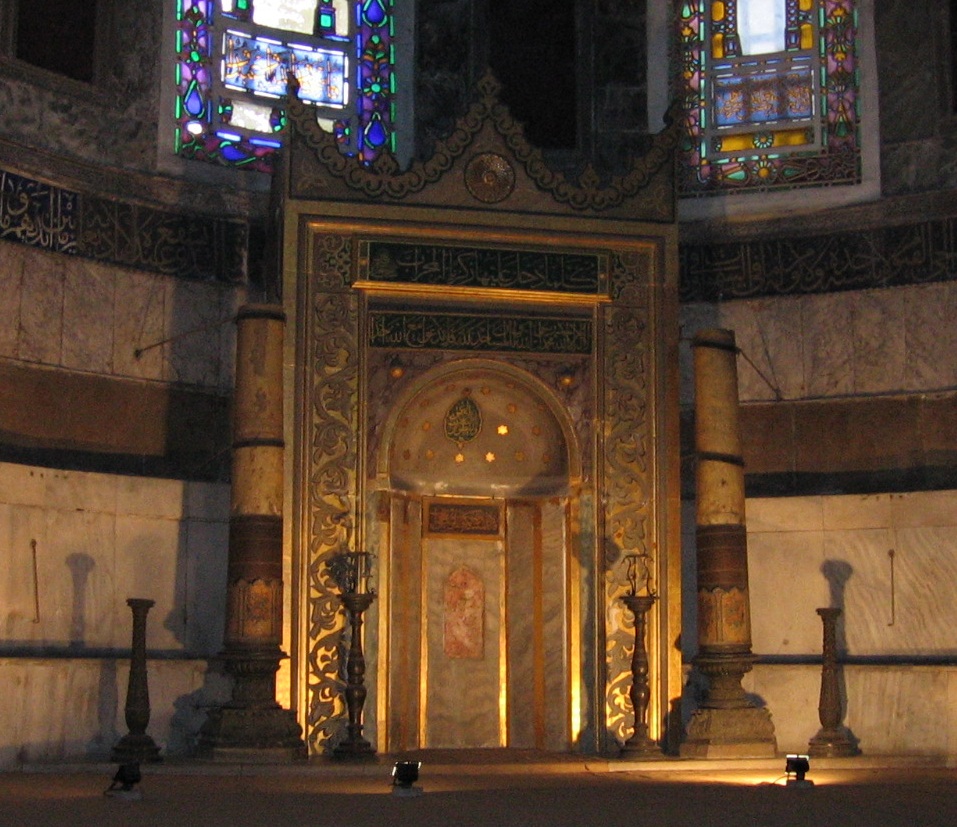 The gallery is accessed by ramps that horses can climb, I presume for hauling building materials. But what a place from which to view 1,500 years of history! 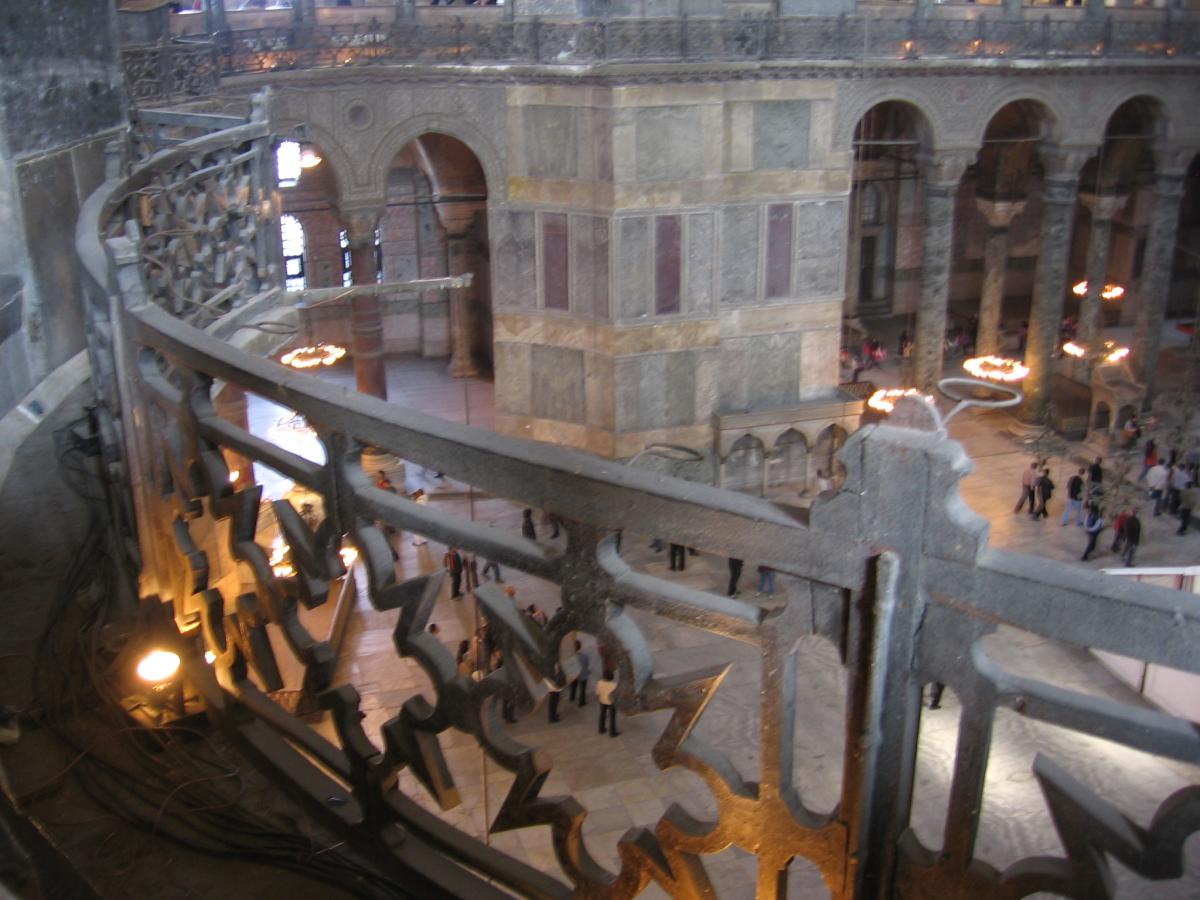