Idylls of Iowa I

There’s an old nursery rhyme by Henry Wadsworth Longfellow that my mother often told to me:

I am never certain if my childhood memories are actual memories or myths told so often by my parents that I have come to "remember" them. But surely some of them are real memories. My parents weren't there for everything. They certainly weren't down the basement with Johnny and Martha and me, pouring over horror comics, or under the blanket in the backyard of the parsonage, playing doctor. I think we were playing doctor. Whatever it was that we were at under the blankets, I really only remember that it seemed quite naughty. So this is where I start to begin to remember who I was, when and where, and how it all began.

Long ago, in the 1940’s, I lived in a little town of 300 or so Norwegians near the center of Iowa. My father owned the corner store, which was directly across the street in one direction from the Texaco station and in the other direction from the elevators of the farming co-op and the railroad tracks. Kitty corner was a bar/railroad station. Down the street past the railroad station was a little white two-room schoolhouse, with a big swing set and a box elder tree in the back, and in the opposite corner of town was a playfield with a baseball diamond. My dad taught me how to ride a bicycle on that field.

There was, of course, a white Lutheran church with a pretty steeple, a post office which also served as Central for the telephone service, and a building with a meeting hall of some sort upstairs, which I only remember because I went with my parents to see a traveling theatre group perform The Trail of the Lonesome Pine. Which I wouldn't remember at all but for the man who suffered a grand mal seizure and fell flat on his back like a log. People gathered around babbling concern about whether or not he would swallow his tongue. I must have been 4 or 5. These things stick with you.

The Corner Store was a two-story brick building with the store below and our family apartment above. There was a cold locker in the back, where people brought in their beeves and pigs to be butchered (I think they did, anyway, because we had a butcher). And I remember that we had a butcher because once a year, he went to an annual buffalo hunt and I can remember being taken back to the cold locker to see the buffalo carcass hung up in there, sans head, which might have been somewhere else being stuffed.

I remember my dad getting shipments of dates in barrels and little me hanging over the barrel rim, when nobody was looking, fishing for dates.

The Post Mistress and Telephone Central was a woman named Pearl. I have a vague memory of her having black hair and a sharp disapproving face and a general resemblance to Margaret Hamilton in The Wizard of Oz. I don’t remember this specific incident, because my crime was probably a common occurrence with me, but the story goes that Pearl called my mother in high dudgeon one day because her daughter was playing in the street, naked, in a mud puddle. As I recall (or, as the story is told), my mother was more "put out" with Pearl than with me. Lutheran mothers didn't get angry. They got "put out."

I remember running with the other children toward the railroad tracks when the train went by yelling at the man in the caboose to blow the whistle, and he often did. I remember Main Street outside our house piled up with snow. And I remember going, for realz, over the river and through the woods to grandmother's house on the farm, the Home Place, for Thanksgiving and Christmas. 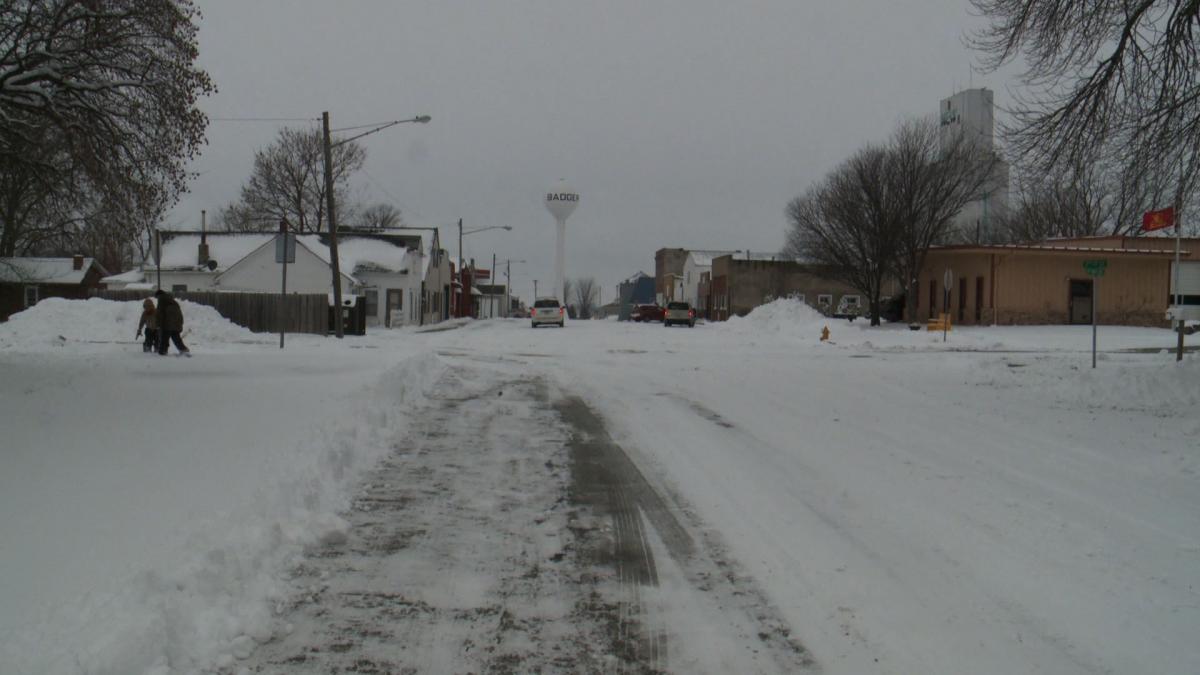 And in a few weeks, I'll remember some more. To be cont …