In 2005, I landed in Istanbul to spend a couple of weeks with my sister Joan, who had the good sense to marry a Turk, thereby acquiring access to an apartment in one of the most storied cities in the world. And here's a bit of advice. If you land in Istanbul and your sister insists that you walk off jet lag (11 hours from Chicago, where I had flown in from Seattle), put on your walking shoes.

Because before the walk was over, I miss-stepped on the cobblestones in the Street of the Satellite Dishes, slipped on a banana peel, and sustained a hairline fracture of the tibia. Which entertained my friends back home no end. How many people get to tell the story of someone who actually slipped on a banana peel? Always happy to help.

But the banana peel incident came too late. I was already in love with Istanbul.

Taksim Square is the heart of the Beyoglu (bay-o-loo - the g is, don't ask me why, silent). This was, for centuries, the foreign quarter, where the merchants of Genoa and Venice, among others, came to trade with the Sultan of the Ottoman Empire. 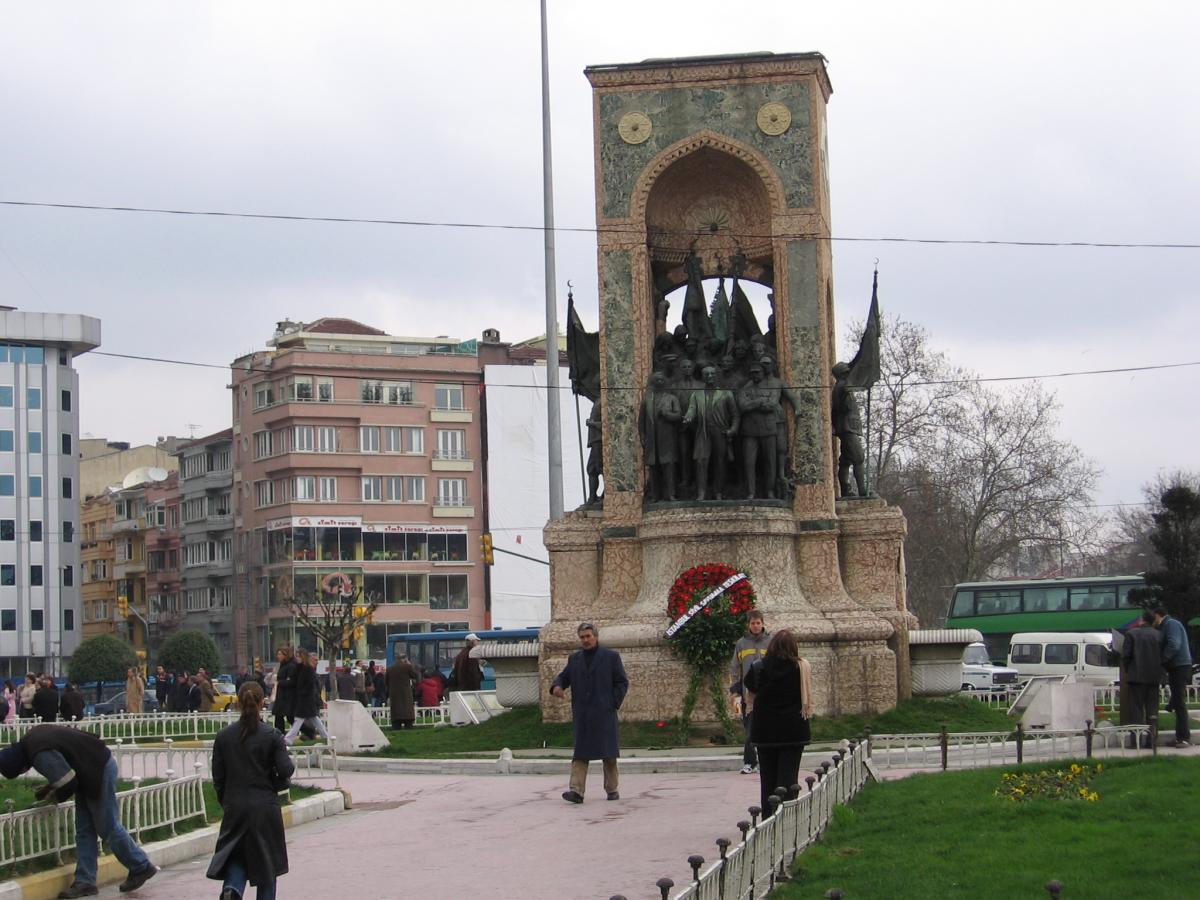 Until the advent of Ataturk. I didn't realize until later that the man in midstride before the Monument of the Republic is an exact replica of the founder of the modern state of Turkey, standing over him. Strolling through the Beyaglu: 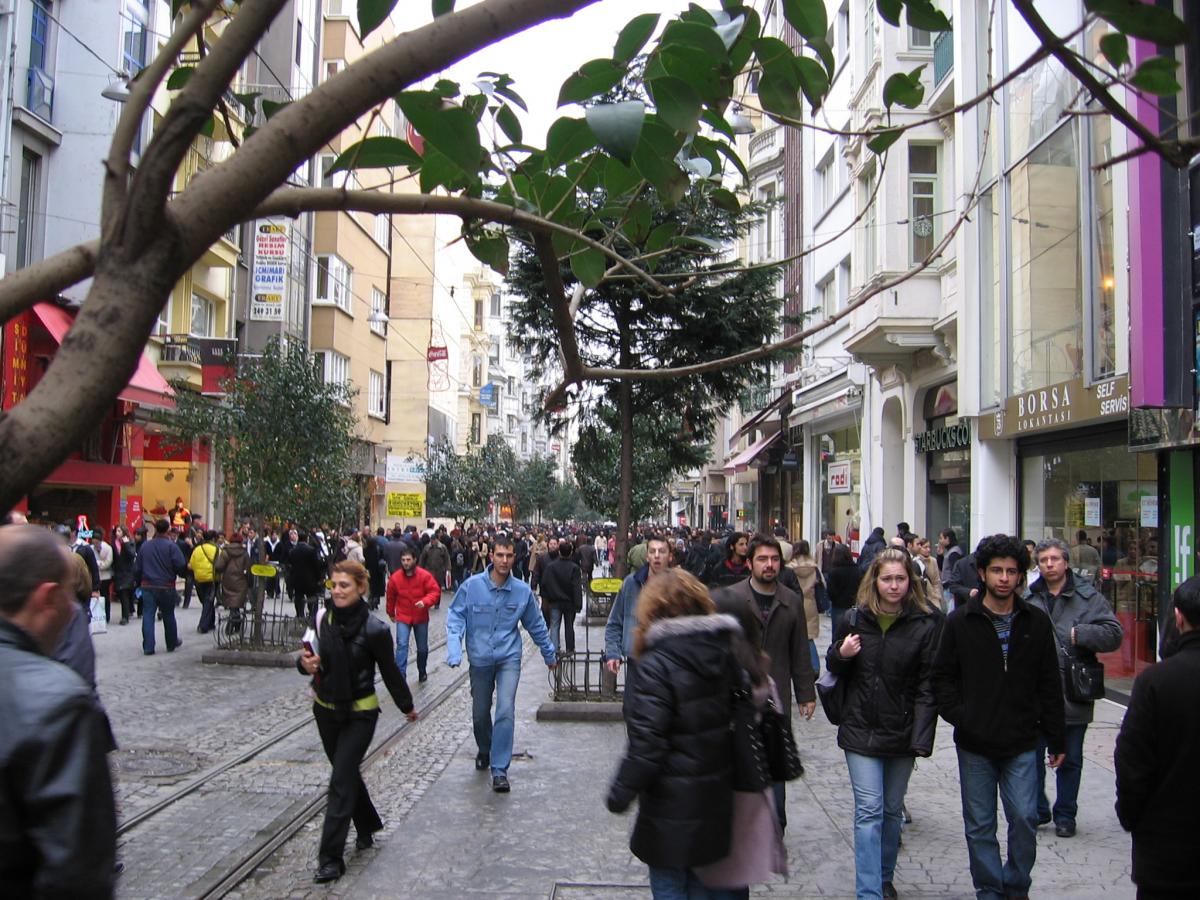 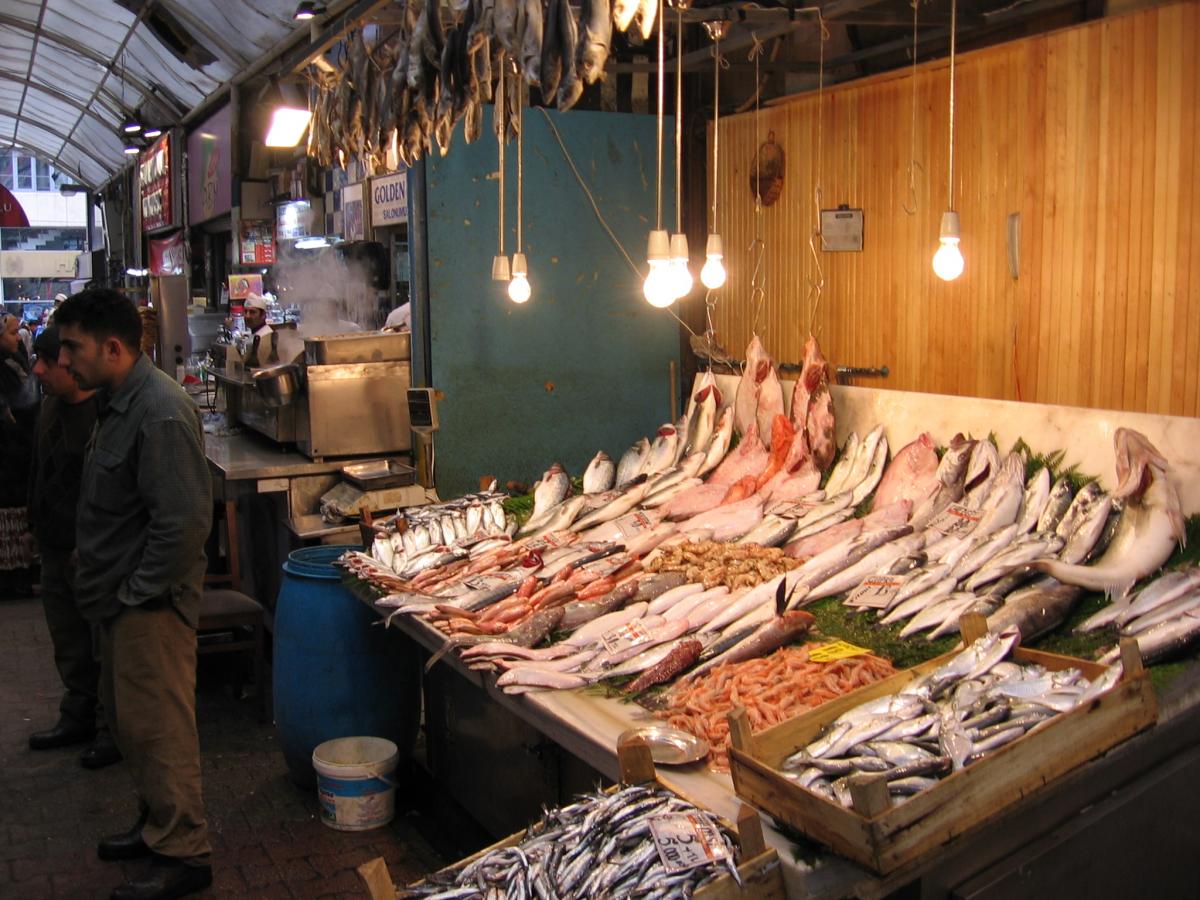 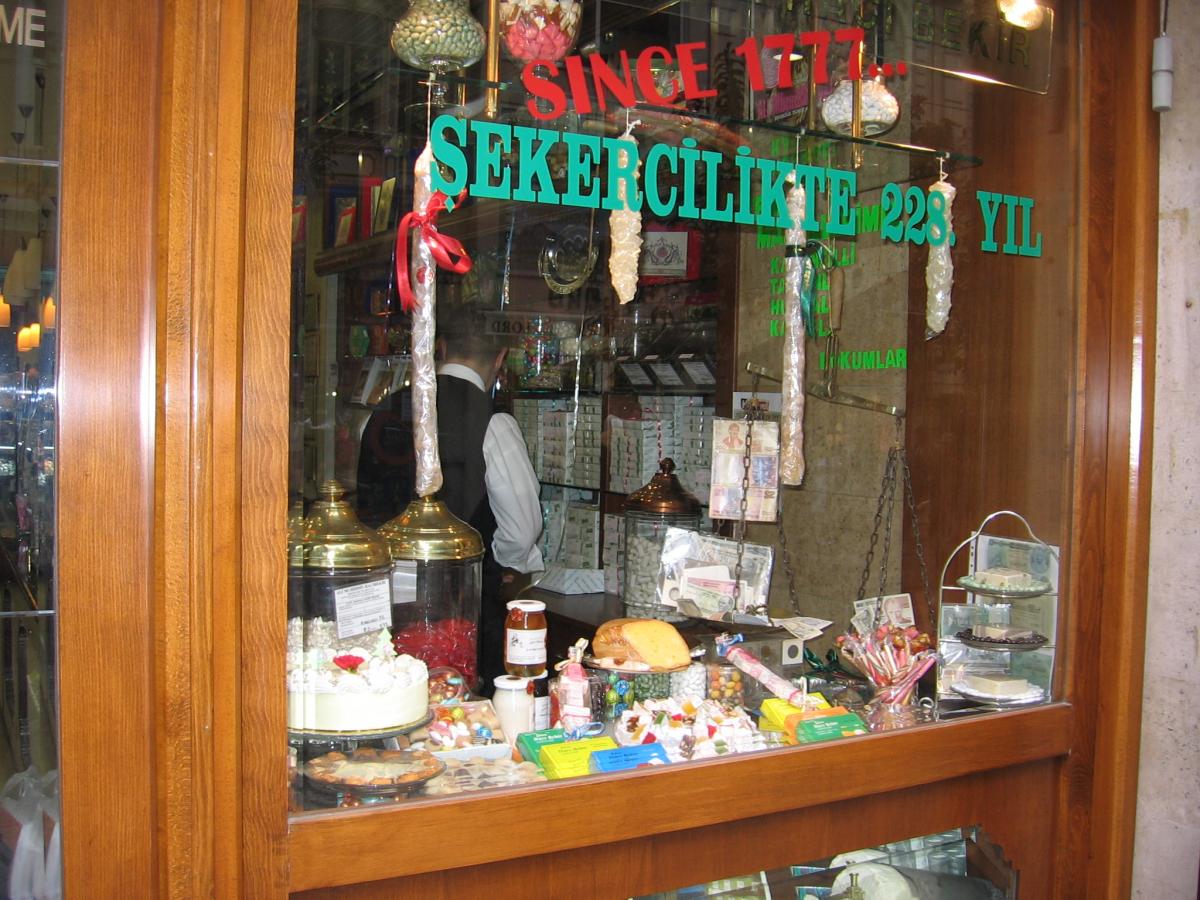 Everything you could want. A few vegetables, a little fish, and dessert. That last shop claims to have been selling Turkish Delight (seker cilikte) since 1777

There is a deli in Seattle's Pike Place Market called Turkish Delight. The proprietors once told my sister that they love Seattle because it reminds them of Istanbul. On the day we left for the countryside, I was reminded why: 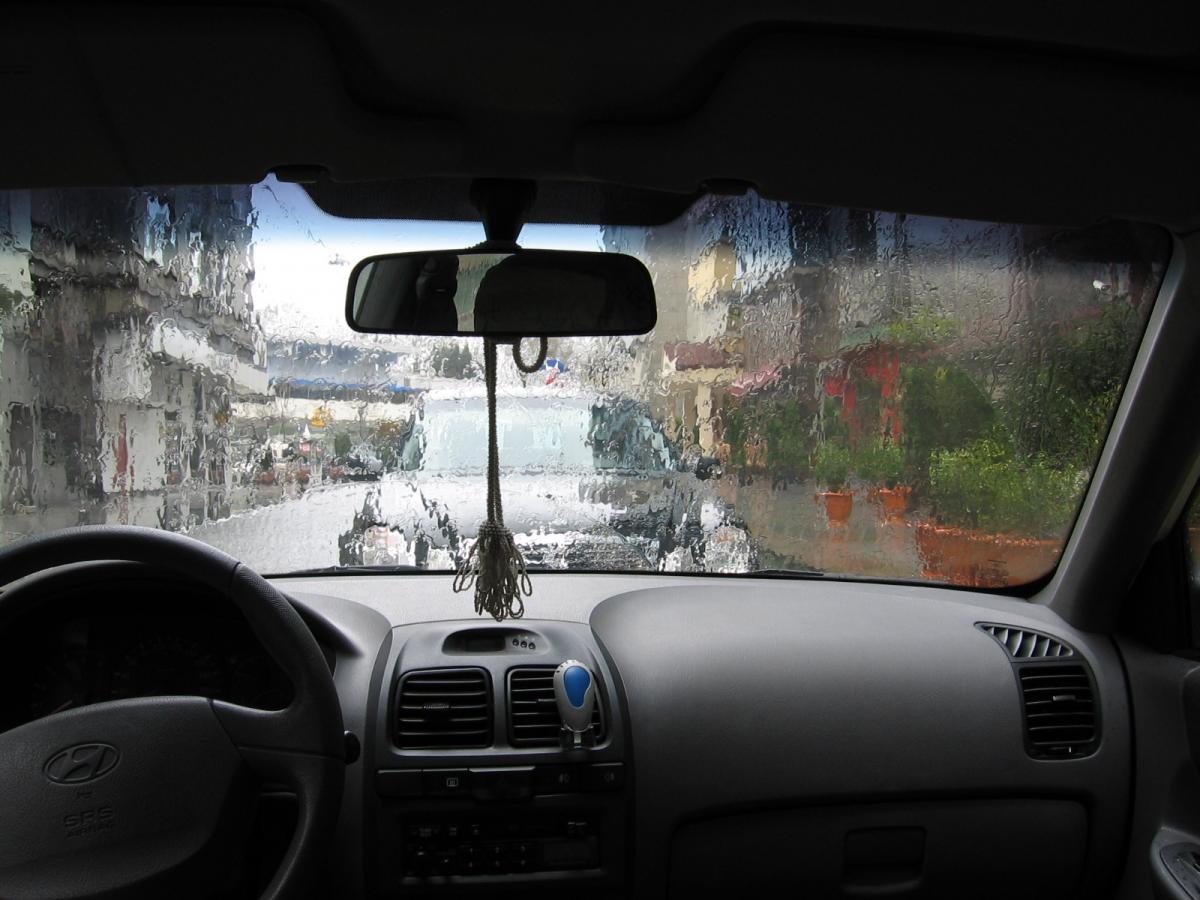