I don't remember where I came across my first issue of Parabola, but I know it was sometime in the spring of 2001. That first issue was called The Garden. Beautiful to the senses and nourishing to the soul and body, a garden was our first home. So said the cover blurb. The first piece inside was the story of Rapunzel. Further pieces explored Japanese Zen gardens, the Garden of Eden, the Garden of Allah, the Garden of Gethsemane, and the metaphor of a garden itself, a place of soil and water and light, a place that needs tending. A place of love and work. 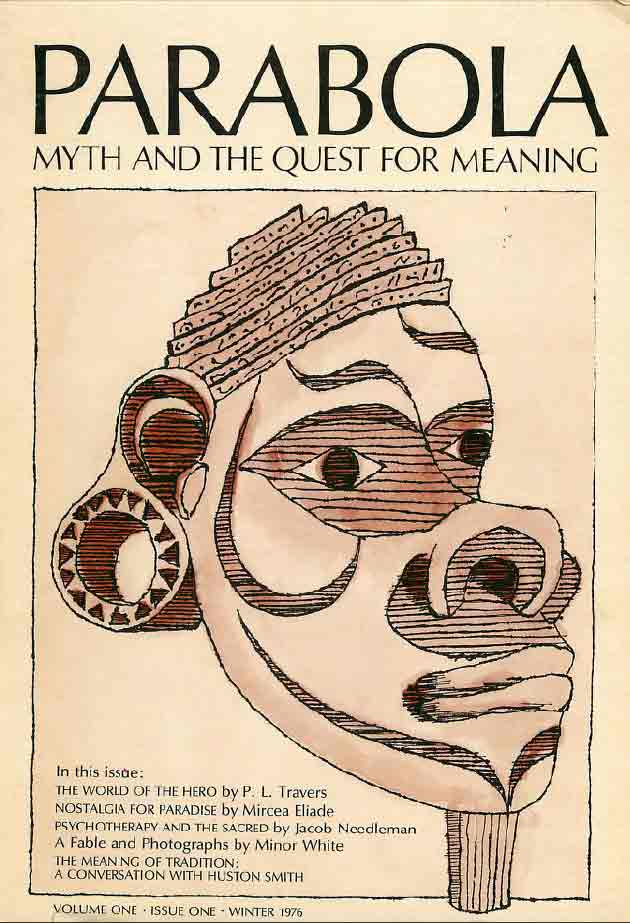 Parabola is published four times a year, Spring, Summer, Fall, and Winter. The first issue of Parabola came out in the Winter of 1976. At that time, the magazine's subtitle was "Myth and the Quest for Meaning." By the time I found The Garden, it had expanded to "Myth, Tradition, and the Search for Meaning." Lately it has become, simply, "Where Spiritual Traditions Meet."

I've been a subscriber for about 13 years now, and I still have them all. I even back-ordered a few previous issues, including Volume 1, No. 1, with pieces by P.L. Travers, Mircea Eliade, and Huston Smith.

The issues are theme oriented: Water, War, Compassion, Grace. Chaos and Order, Fate and Fortune, Solitude and Community. As I keep telling people, I'm in it for the metaphor, and Parabola Magazine has been a continuing source of delight, as writers from many spiritual traditions interpret theme after theme as their traditions see it. How does the metaphor of The Prison reveal itself in Buddhism, where do the concepts of Heaven and Hell exist in Judaism, what is the role of Silence in Christianity?

The Spring 2014 issue explores Wisdom. Its cover (still in protective plastic until I open it on the Equinox) promises "Life lessons from the Pharoah's guide" and "Greek myth shows the way home."

As someone who has supposedly reached the "Age of Wisdom," I'll be looking for pointers.