It's early morning, August, 1975. A woman is sitting on the rough boards of an unpainted stoop that leads to the kitchen of her 100-year-old white clapboard farmhouse, holding her new daughter in her arms. She is very likely nursing the baby, as she looks across the yard to a barn that's the same age as the house, a chicken coop, and an ancient log cabin that predates every other building on the place. It's a bright blue morning in Door County, Wisconsin, and she is singing.

My daughter Caroline was born on August 4th, a little Leo child. I had never been one to take astrology very seriously, but when I, an Aquarian, gave birth to an early August baby, I had a few second thoughts on the whole matter. My idea of a good time was to just lay about and read for a while. Her idea sometimes involved papier mache' and creative cookery.

I took to calling her the child who never slept, claiming that I hadn't actually seen her do so. I can recall falling asleep with her tucked in beside me, nursing busily away. And she was always awake before I was. One of my fondest memories - yes, really, fond - was of being woken sometime around 2 a.m. by my daughter, who had woken up in the mood to play and, finding me asleep, woke me by physically prying my eyes open with her little fingers while bouncing on my chest. She was dressed in pink, as I recall, and obnoxiously cute, a veritable Gerber baby, and I like to remember that moment as a visit from the bad fairy.

She refused to sit quietly in a baby seat of any kind. Put her in one of the usual ones of the day and put it on the kitchen table so I could continue my work - she just screamed and wriggled so much that she nearly threw herself, baby seat and all, off the table. She liked the backpack, though, so I carried her on my back while I fed the rabbits, milked the goats, mucked out the pig sty, collected the eggs, weeded the garden, did the dishes, cooked supper. She was in my backpack the day my friend Mary and I took off into the woods that first winter, Mary on skiis and me on snowshoes. Mary was helping me cross the top wire of a barbed wire fence that stuck out of the four feet of snow on the ground when I lost my balance and fell on my butt, which sank lower into the drift than my feet, which were still on the snowshoes. Mary reached down to pull me up, and as I rose I felt a lightening of the load and turned to see the bottom of my daughter's snowsuited feet sticking out of the snow. I don't think she even woke up.

When she was four months old, she looked up from my lap and said, "Hi," and pretty much hasn't stopped talking since. A few years later, as I was trying to finish writing an honors paper for my degree, there was a rainy day when I had bought every affordable amusement for which a two-year-old could wish, only to have her push them all aside in favor of continuing to require my attention. Finally, completely frustrated and convinced I would never finish anything worth while, I threw myself on the bed and broke down in tears. Next thing I knew, Caroline was sitting by my side, stroking my hair and telling me, "It's okay, mommie. I'll take care of you."

Luckily for me, and whatever writing I wanted to get done, Caroline was very good at making friends. Over the next few years, several of them came through my door with Caroline calling, "They followed me home, Mom. Can I keep them?" A few eventually moved in. Along with a few kittens. Some of them still come home for Thanksgiving and Christmas.

When she was a freshman in high school, someone talked her into smoking a little dope, and when she was caught at it, she gave the school authorities a lecture on the benefits of hemp. She dropped out of regulation high school (Me: I know it sucks, but I suffered through it and you can too. Her: No.) and finished in an alternative program that offered free courses to good students in the adjoining Community College. Caroline decided to be a chef. She asked me for a set of knives. I had given into a few other must-have demands (a pricey pair of Doc Martens comes to mind), only to see the precious item neglected on her closet floor or given to a friend, and I tried to say no to knives. I talked myself into it by thinking that, well, this time when she gives it up, at least I'll have a good set of knives. She stuck with it. Turns out the girl can cook.

When she was 17 or thereabouts, she brought home a boyfriend, a game play counselor at Nintendo, who brought with him a SuperNES and a Zelda game. The boyfriend disappeared, but the SuperNES stayed (actually, I bought one of our own), and sometimes at four in the morning passers-by could hear cries of, "They're hurting me, they're hurting me," from Caroline, and Mom exorting her to, "Get the ax, get the ax!" Which was probably a Hammer, but nevermind. I was always slightly disappointed that nobody called the cops.

Today, she is presiding over a booth of her own line of artisanal jams (Pear Ginger Cardamom, anyone?) and fruit vinegar shrubs (try a little Black Cherry Basalmic with sparkling water) at one local farmer's market while her partner, Greg, hustles more of them at another. I don't know that she'll ever get rich, but I'm not sure that's her goal. She does what she loves and she loves what she does.

Someone complimented me once on the wonderful job I'd done in raising her, and I told them that she's the one who gets all the credit. I was always begging her to don't do that crazy thing, do this sensible thing instead, and she almost never listened to me. Nevertheless, she turned out to be intelligent, kind and funny. Which was all I ever really hoped for.

She did a fine job of raising Carolina. 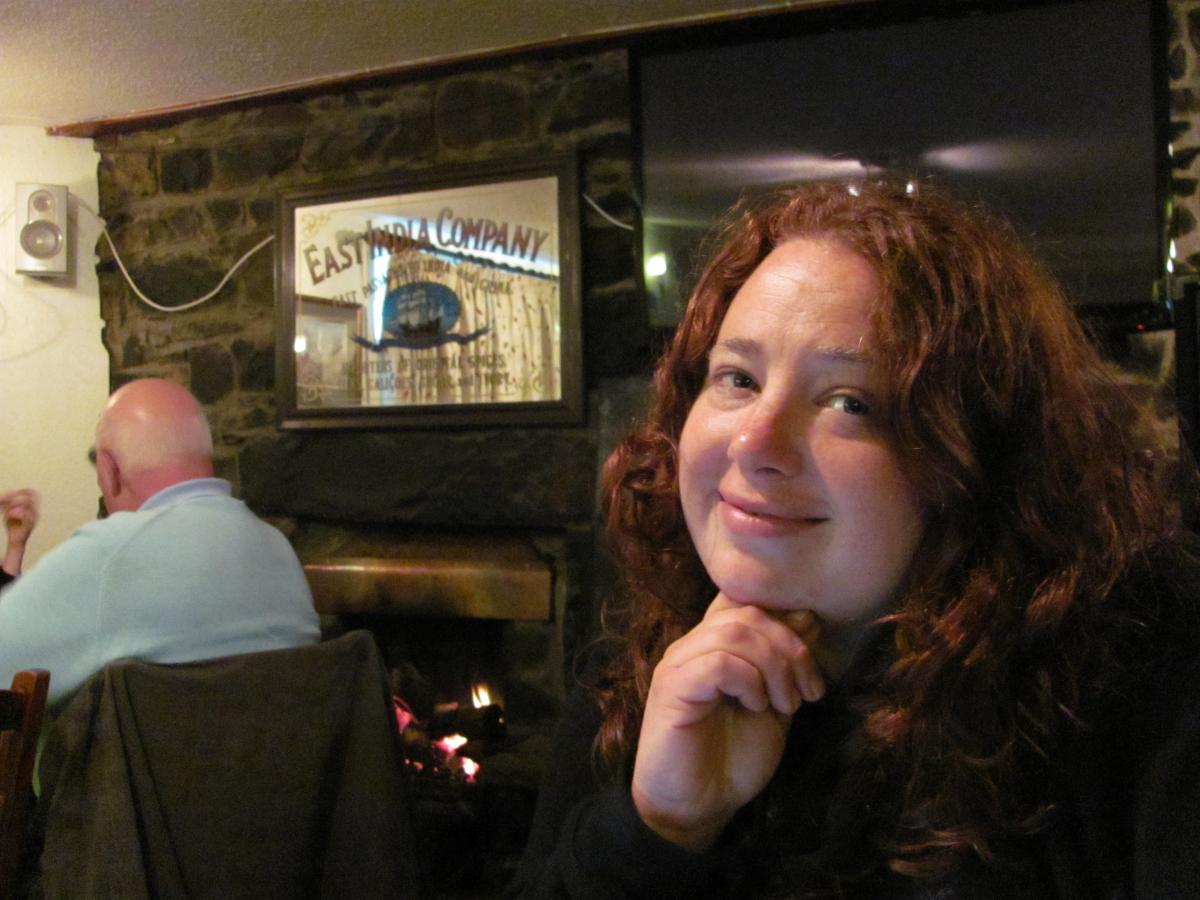