In Istanbul, the Hagia Sofia and the Blue Mosque flank an even more ancient relic, the Hippodrome. A race course.

Istanbul, when I finally got there, seemed as familiar to me as did London, and for much the same reason. I had already traveled there, through space and time, in books. London - and the rest of England, for that matter - through writers from Jane Austen to Charles Dickens to Agatha Christie. Istanbul through the pages of Guy Gavriel Kay's two-volume saga, The Sarentine Mosaic. In which not only did I witness the building of the Great Church, but cheered on one of the racing teams - I think I was for the Blues - against the other. The Greens. 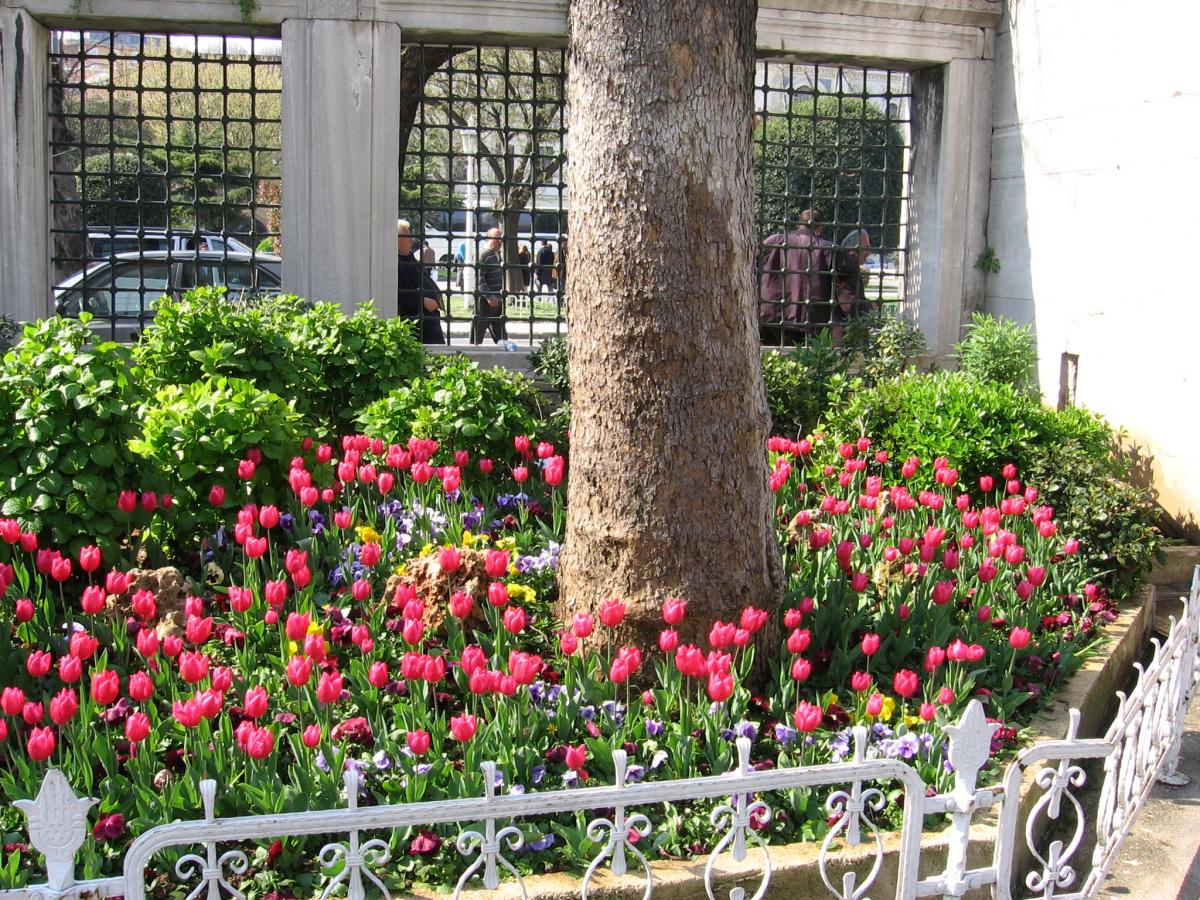 In the spring of 2008 the Hippodrome was planted in tulips. "Tulips hail originally from eastern Turkey and the steppe of central Asia and were cultivated by the Ottomans, who took the flower to their imperial capital Istanbul, where they adorned the Sultan's palaces and the gardens of the elite. The word "tulip" derives from the Turkish word tulbent, referring to the Sultan's turban headdress, which the flower resembled in shape."

Every step along the Hippodrome takes you back in time, not only to ancient Byzantium but to ancient Greece and Egypt as well. The Obelisk of Theodosius is actually the Obelisk of Pharoah Tutmoses III. The Serpent Column was originally erected in ancient Greece as part of the Tripod of Platea, commemorating a Greek victory over the Persians. The fact that it bears a strong resemblance to the Lanmola, from The Legend of Zelda, a Link to the Past has everything to do with the fit of giggles in which Caroline and I indulged for a few seconds. Passersby may have misinterpreted our mirth. 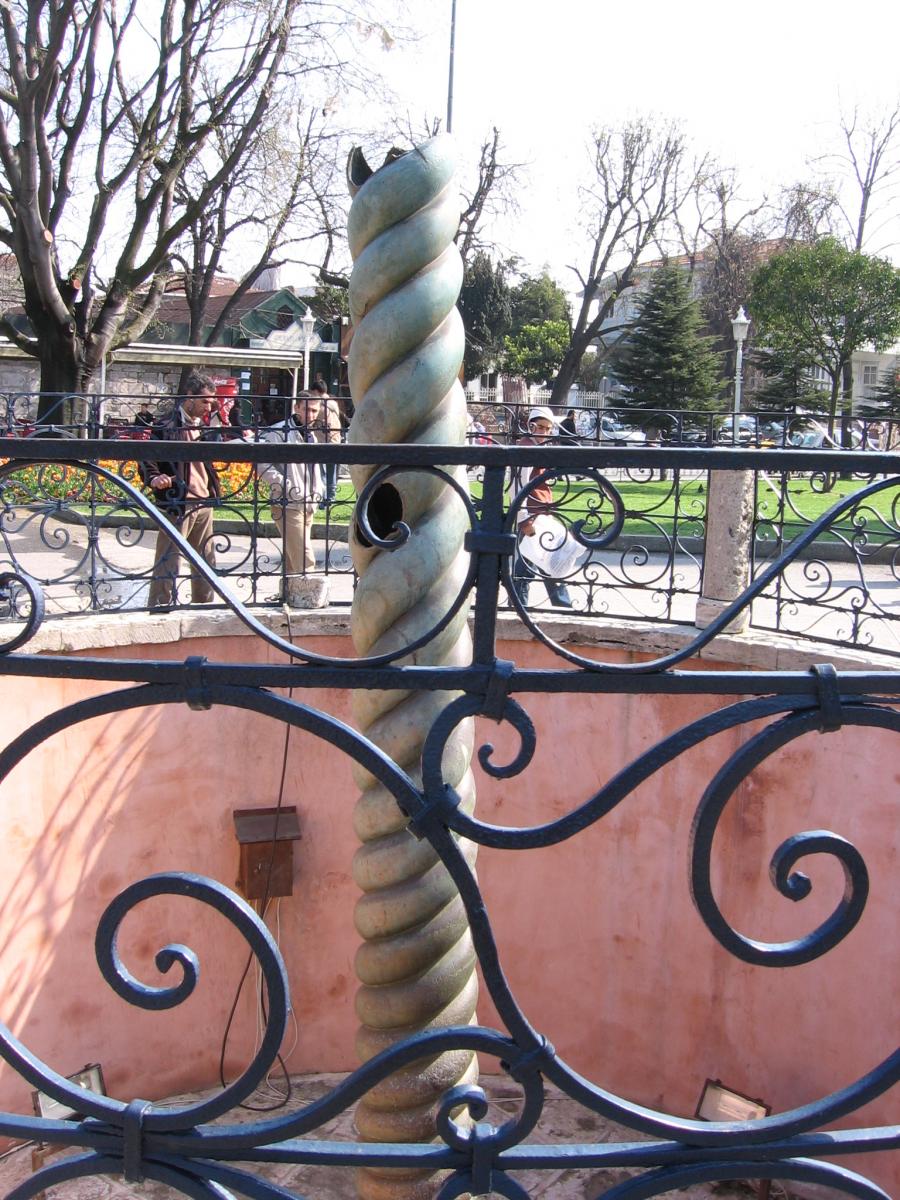 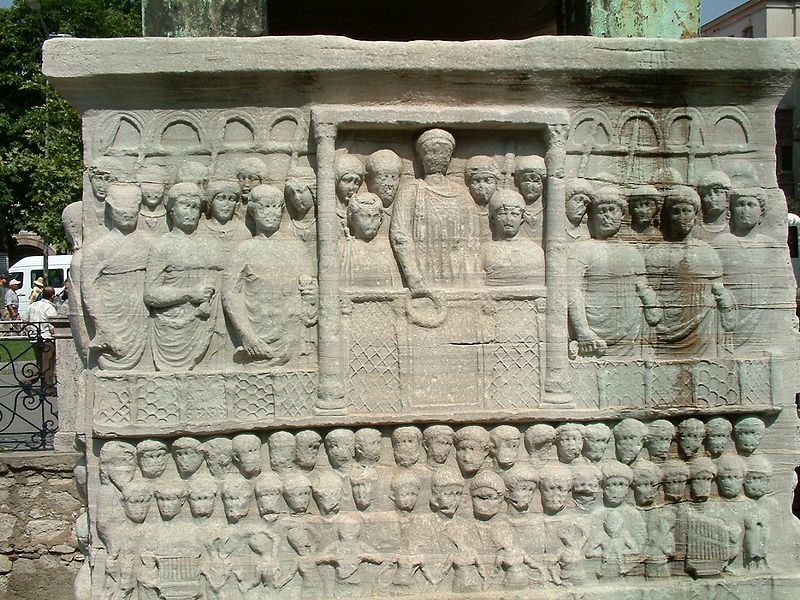 The bas relief, however, which forms the base of the Egyptian obelisk, is pure Contantinople. It portrays the Emperor Theodosius as he offers a laurel wreath to the victor from the Kathisma, the imperial box, at the Hippodrome.