My eyes lit on the headline in my e-mail feed Saturday morning and refused to move on. There's something important here, my sleep-fogged brain kept insisting. Read it again. Pay attention.

Senator Scott White. He died. He's gone. How can that be?

Back in 2004, in a burst of political enthusiasm, I betook myself to our local Democratic caucus and registered as a Howard Dean supporter. I didn't think he had a snowball's chance in hell, but I was encouraged by his bald, bold statement that he represented the "democratic wing of the Democratic Party."

A few weeks later I got a phone call from a woman I soon came to know and love, Sylvia Haven, asking me if I would serve my precinct as a Democratic PCO - Precinct Committee Officer. "That's what I get for signing up for something," I grumbled to myself, as the words "No, thank you for thinking of me" struggled to escape but were beaten to the punch by the words "Okay, what do I have to do?" 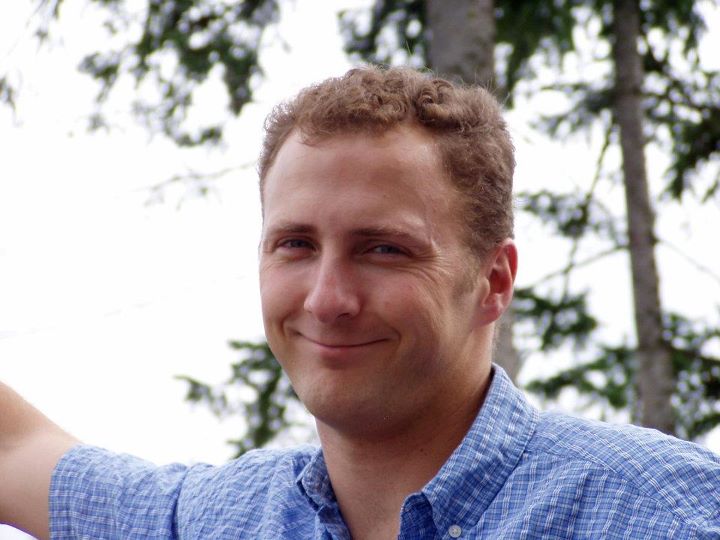 Scott was a young, good-looking, soft-spoken man to whom I didn't pay much attention at first. He didn't say anything memorable. He didn't stand on a soap box and galvanize party apparatchiks like myself into further sacrifice for party and country.

He ran the meeting.

There were times, I must admit, when I wanted to scream "Don't do it. Don't call on that guy. You know what he's going to say. This could take all night."

But Scott always called on that guy. He meticulously gave everyone a chance to speak, to ask questions, to make objections. He followed parliamentary procedure, which he knew well, and if there were concerns, he took the time to ask, to check the by-laws. I never saw him look impatient or annoyed. By the time he made the decision to run for the legislature, I had become very impressed.

I stood with him and other supporters on a street corner, waving signs at people

driving home at rush hour. I sent his campaign the occasional pittance of support. I delivered his flyers to my precinct. I had a yard sign.

When Scott won, he went back to the street corners where we had waved signs that fall and waved "Thank You" signs.

And then he went to work.

I didn't follow his progress as assiduously as I might have. I was busy writing a novel. I did attend one community meeting where he and the other legislators from our district reported on their legislative activities and answered questions. One such questioner was obviously from the "other side of the aisle" and his question seemed to beg for partisan response. Scott didn't go there. He answered the man's question.

In the next election Scott moved up to the State Senate and his place was taken in the Legislature by another good man. Of whom there are more out there. I know that now.

Knowing Scott convinced me once again that good people can and do exist in our politics.

If there is anything I have learned over the years it is that we are not as unique as we think we are. That is, the existence of goodness, of competence, of intelligence and imagination and ability in one person means that he is not alone. That combination of qualities can and will be found again. It means that our political life is not the drear landscape it too often seems to be.

That being said, and that being true, Senator Scott White was unique. Chad Lupkes, current chair of the 46th District Dems, posted a comment from someone who had known Scott since childhood, describing him as having the face of an angel AND a dragon-slayer.

Today we learn that he died from a previously undetected enlarged heart.

It goes without saying, but still must be said. We all knew he had a big heart.