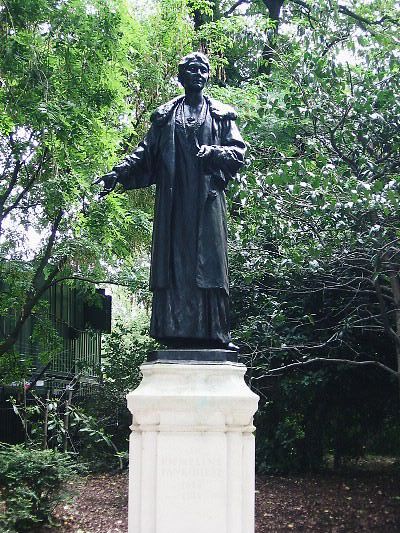 It's always worthwhile to peek around the corners in London. I peeked around the corner of Westminster Palace (Parliament) and found Emmeline Pankhurst. Of course, I think her statue should be handcuffed to the iron gates that surround Westminster, reminding us all of what women went through to gain suffrage. You do not put Emmeline in a corner! 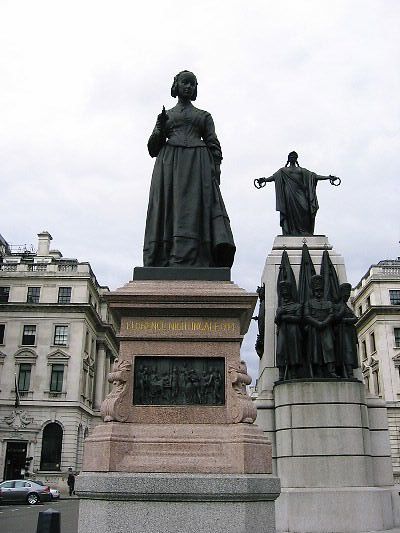 Around another corner a couple of blocks away is Florence Nightingale, famous for her work during the Crimean War which basically founded nursing as a profession. Behind her, in the Crimean War Memorial, rises a statue of Honour watching over three guardsmen cast in bronze, with components cast from cannons melted down that had been captured at the siege of Sevastopol. 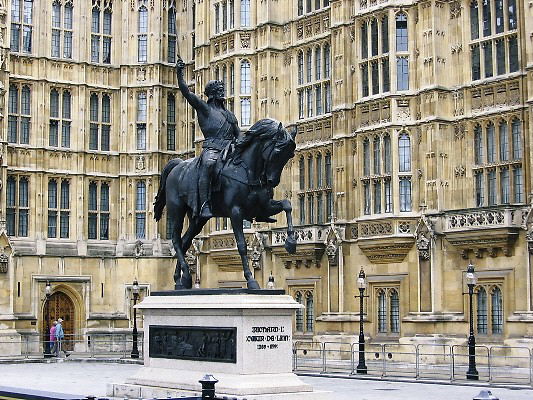 You didn't need to peek around corners to find the men. Richard Couer de Lion is an equestrian statue of the 12th-century English monarch Richard I, also known as Richard the Lionheart, who reigned from 1189 to 1199. It stands on a granite pedestal in Old Palace Yard outside the Palace of Westminster in London, facing south towards the entrance to the House of Lords. He's been through a lot - his horse's tail fell off soon after installation and his sword was bent (but not broken) by a German bomb during WWII. Nothing daunted, he gallops on through history, though history itself seems to be galloping on past him. 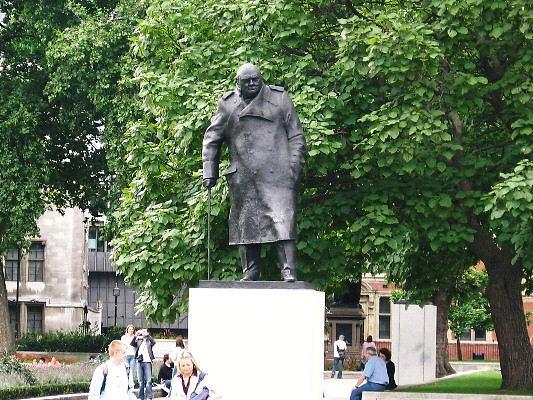 One of my favorites is Winnie - Winston Churchill, who looks appropriately monolithic in his great coat, based on a photograph of Churchill inspecting the Chamber of the House of Commons after it had been destroyed by bombing on the night of 10–11 May 1941. It is a statue made for emmendation in the form of graffiti and various irreverent alterations, and yet the old man still stands resolute, keeping calm and carrying on. 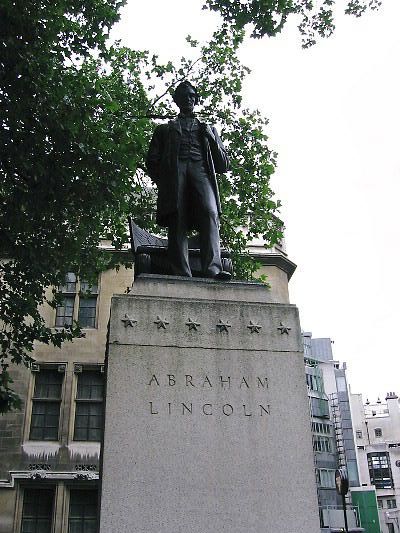 For a touch of home, then, we have Abraham Lincoln, Created by Augustus Saint-Gaudens, it's a full-size replica of his acclaimed original in Chicago's Lincoln Park. Seems fitting, somehow, that he stands with the Lion Heart and the man they called the Roaring Lion.

Three men of war, all three draped in history and myth. And two women, if not of peace then of battles that have not yet been won. It is said that men, under stress, act in one of two ways: fight or flight. Women, however, are said to tend and befriend. I can admire Richard and Winnie and Abe, but it is Florence and Emmeline who have my love and whose work serves me to this very day.