The common wisdom is that there is “nothing” at Troy. Meaning, I suppose, that there are no spectacular remains. No Library of Celsus. No Temple of Apollo.

And in spite of the “made for tourists” wooden horse, into which one can climb and look out over the site, there is no real Trojan Horse. It is an archaeological site, not a preserved ruin. 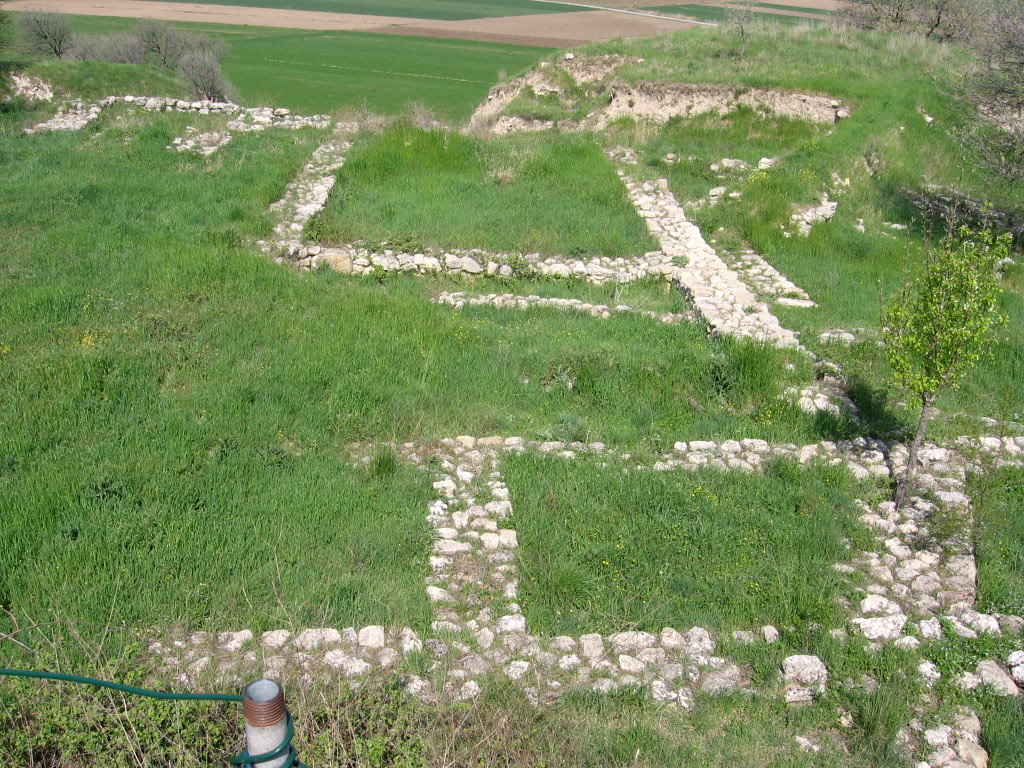 What there is, of course, is a “series of small walls,” and plenty of fuel for the imagination.

“Thus all day long the young men worshipped the god with song, hymning him and chaunting the joyous paean, and the god took pleasure in their voices; but when the sun went down, and it came on dark, they laid themselves down to sleep by the stern cables of the ship, and when the child of morning, rosy-fingered Dawn, appeared they again set sail for the host of the Achaeans. Apollo sent them a fair wind, so they raised their mast and hoisted their white sails aloft. As the sail bellied with the wind the ship flew through the deep blue water, and the foam hissed against her bows as she sped onward. When they reached the wide-stretching host of the Achaeans, they drew the vessel ashore, high and dry upon the sands, set her strong props beneath her, and went their ways to their own tents and ships.” Homer

This is the scene in the Iliad when Achilles joins the siege of Troy. 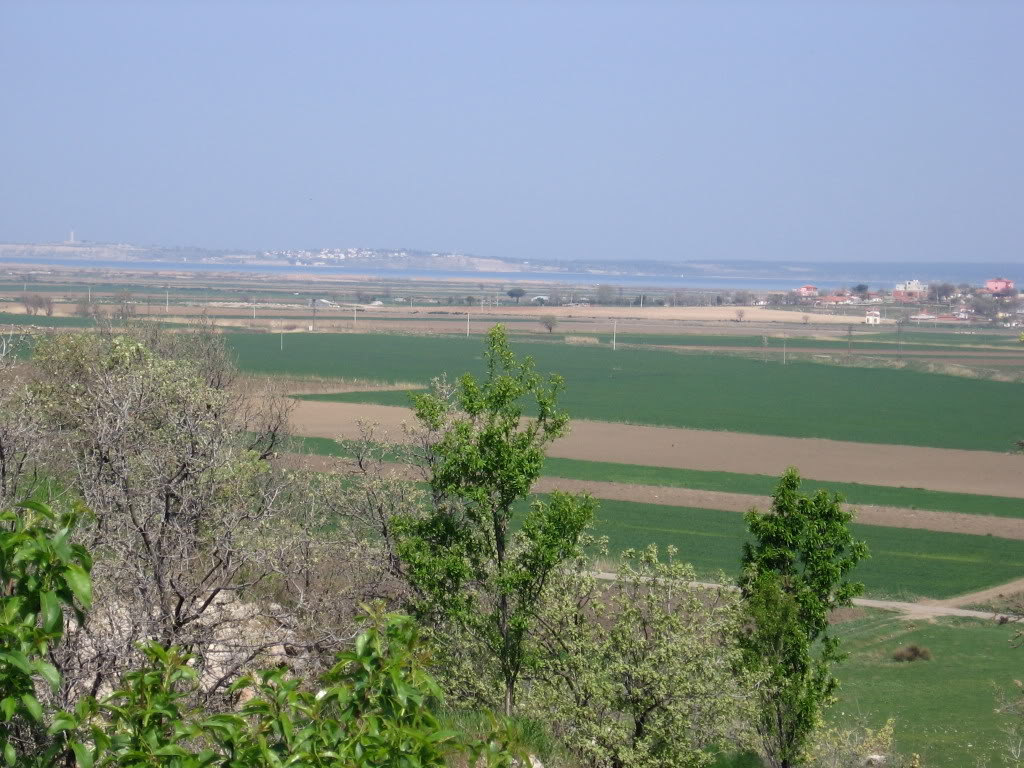 Standing on the mound that covers the ancient site, I could see the Aegean in the distance. At the time of the Trojan War, the sea would have been much nearer. The ships would have been drawn up very close to where I stood. Everything would have been much smaller than the scenes depicted by Hollywood. Looking at the stone walls, I realize that few of them would have been more than 20 or 30 feet high – two or three stories, perhaps. A different style of warfare other than one based on one-on-one combat and personal glory might have had the Achaeans over the wall by ladders at night. The Trojan Horse was a last gasp effort, thought up by the “wily” Ulysses. It was almost cheating. Or perhaps they did try this and the walls were too well defended. No way to know. If Homer mentioned ladders, I don’t remember it. Aside from a few sorties, his tale is full of individual combat, glory and death.

We followed the outer walls inward, past an ancient ramp (was the Horse brought in this way?), to what has been discovered of a citadel, covered now by a sail which is said to represent the sails of the Greek ships.

Have those darker stones been burnt?

Scattered here and there are remnants of a life long past: a sacred well head, huge stone “pithos” jars, which once held olives or wine or grain.

There is the Schliemann trench, where Heinrich Schliemann believed he had discovered Trojan gold.

No, there is nothing much at Troy these days. Just a series of small walls. And the remains of a story.