In Ghosts of Great Britain (possibly a working title), Barbara Stoner's brilliant second novel (a mere 2 or 3 chapters away from finis), her heroine, in a mad dash from the Shambles to York Minster, fetches up against a stony emperor. If she had taken the time to read the plaque, she would have found that Constantine, in a series of political moves too byzantine to relate here, was proclaimed Emperor near this spot in 306 C.E. Or whatever year it was in the Roman calendar of the time, because Christian time (formerly A.D.) had yet to be decided. People who wish to make a pilgrimage to the birthplace of Western Christianity, as we have come to know it today, should beat a path to York, not Jerusalem. 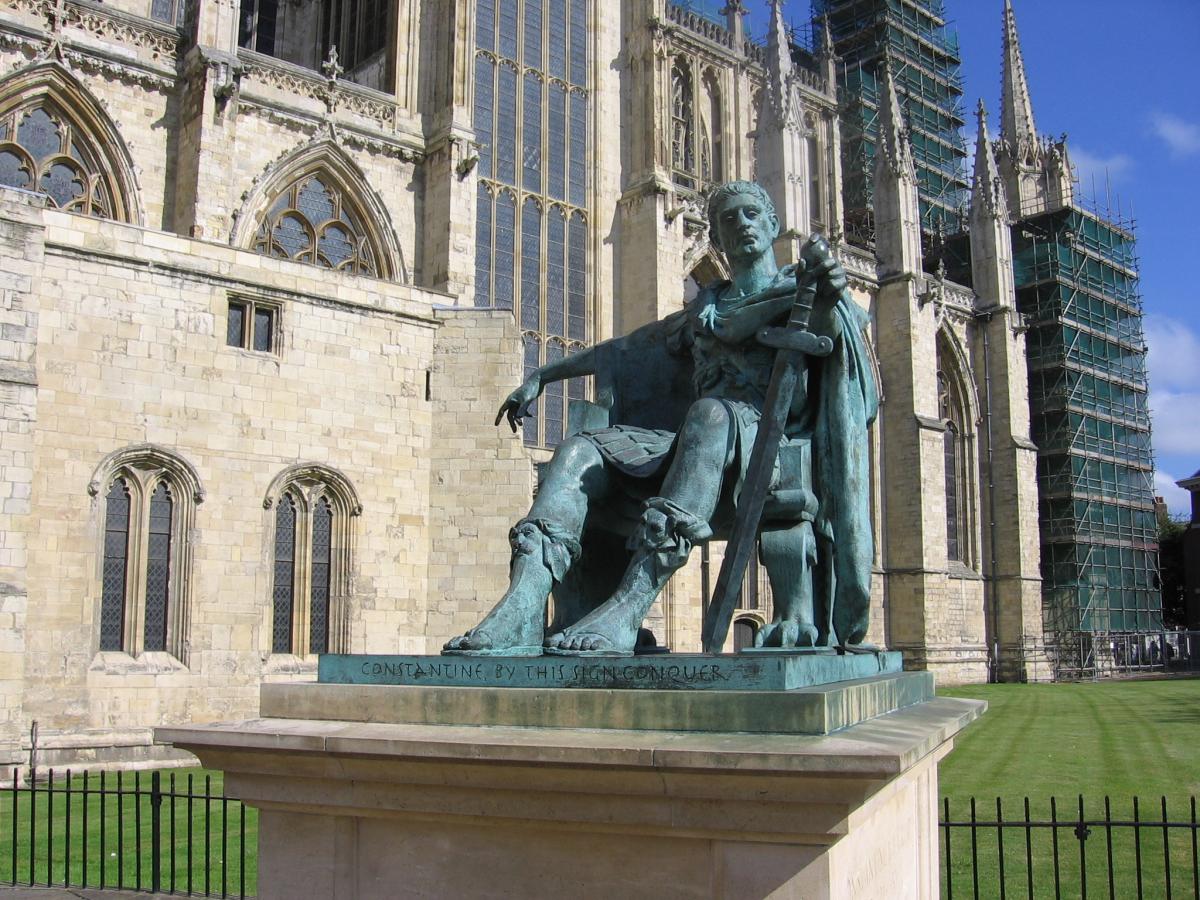